It was like...a million degrees on Father's Day this year - MELTING - and it's only June.  So we tried to cool things off courtesy of one of Lillian's birthday gifts. 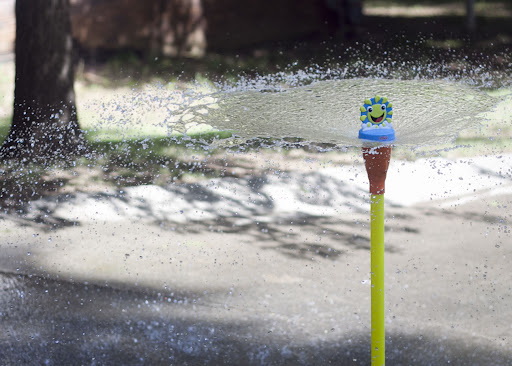 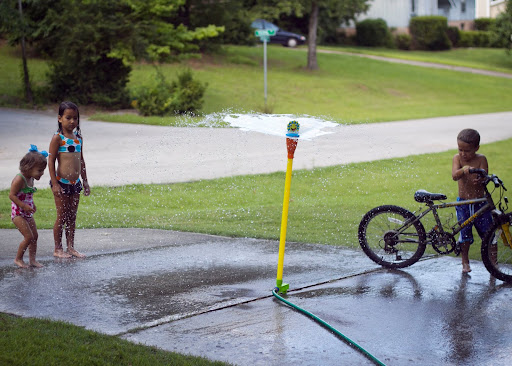 Rhodes wasn't a fan of the water.  I think it was a bit cold for him. 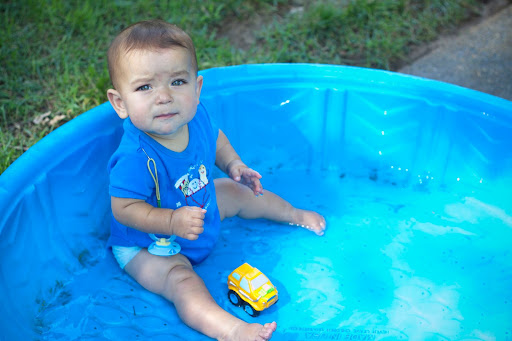 But he's always a fan of eating.  Look at his little folded fingers!  Too cute! 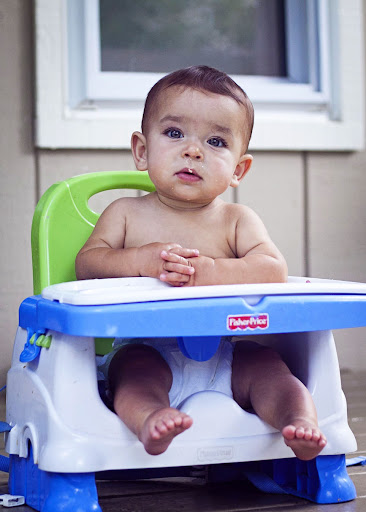 And hangin' out half nekid. 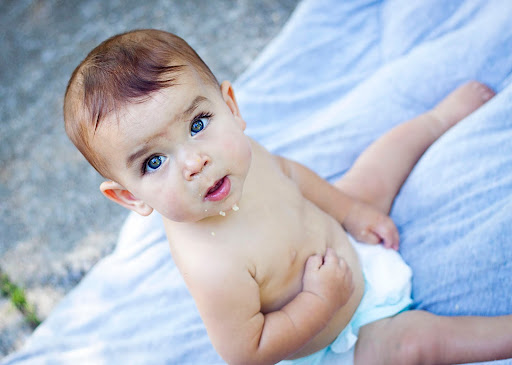 With some sister love. 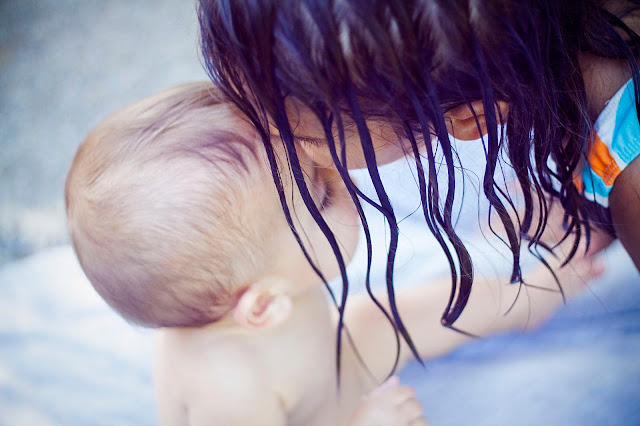 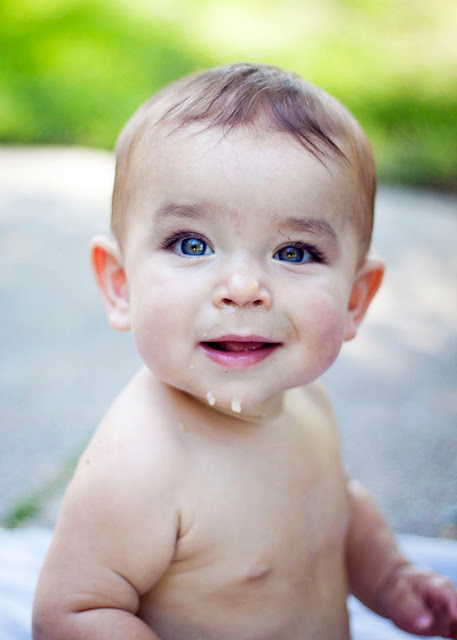 I guess golf was on Robert's mind because he had the U.S. Open on all day.  Scratch that - weekend. 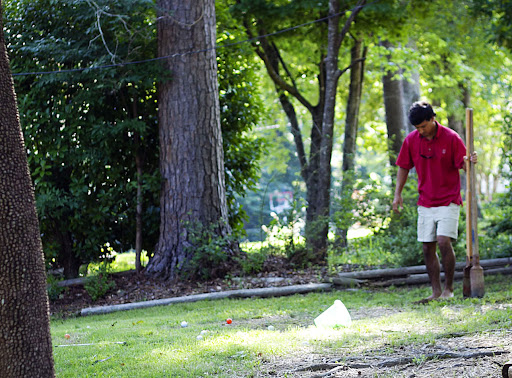 So he dug a hold and played a little chipping game with Landon.  I got in on the action a little, but was NOT good. 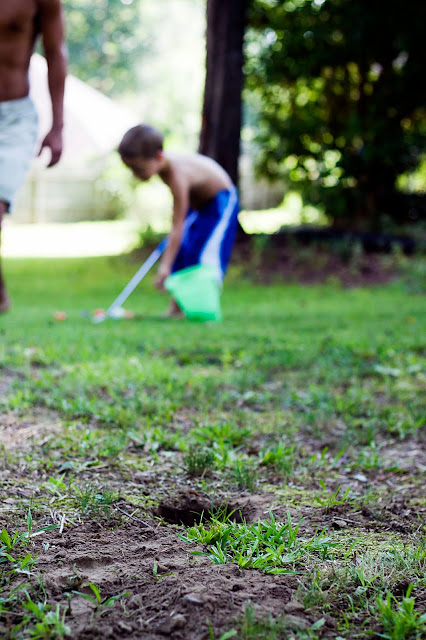 We snacked and played. 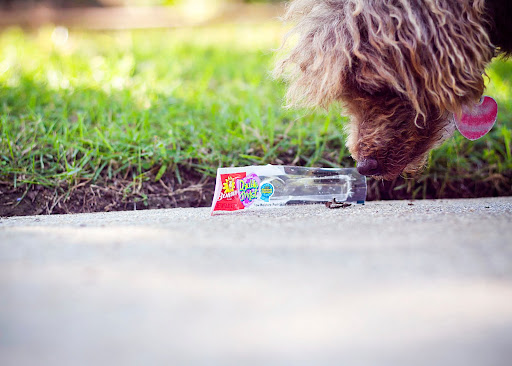 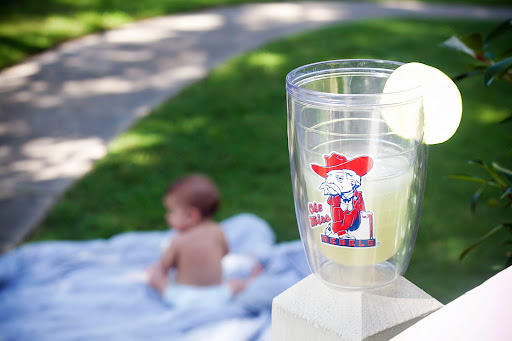 It was a nice relaxing Father's Day.  Especially after the crazy weekend before! 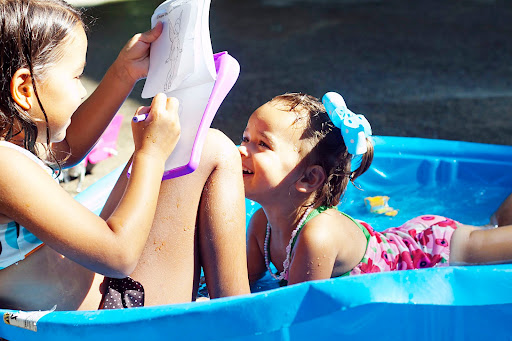 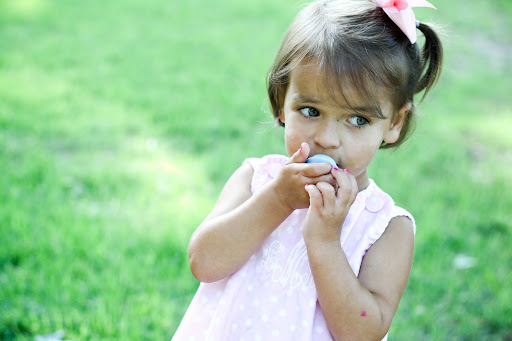 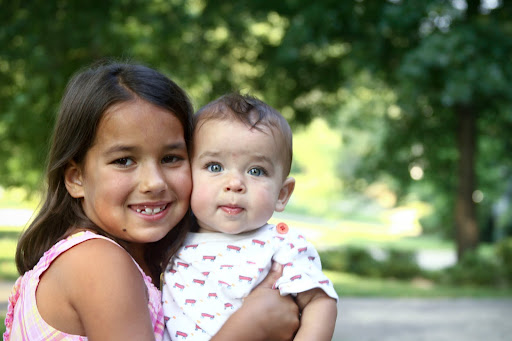 Happy Father's Day Robert! You're a GREAT Father!! To many more!
We Love You!
Published by Ole Miss Mom