Robert just started wake boarding 3 years ago. Sounds like a long time, but we've probably only been down during the summer for him to practice a handful of times. (We are working on getting down LOTS more).

He's gotten very good.  Like, lookout 'cause I'm coming all the way over the wake one handed, good.

The funny thing is he can't even ski.  Well, he can sorta ski.  It's just the most hilarious thing you've ever seen.  Now that video could probably land us on America's Funniest Videos again.  Hmmm.....

I think he should just stick to wake boarding.

He looks so much hotter doing this anyways. 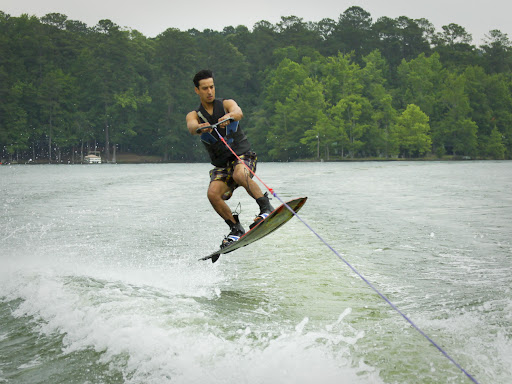 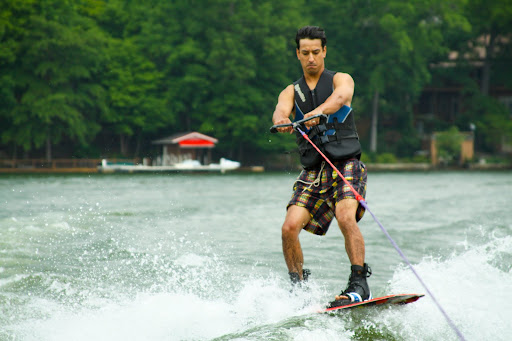 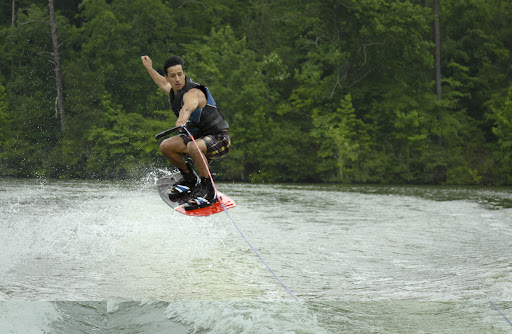 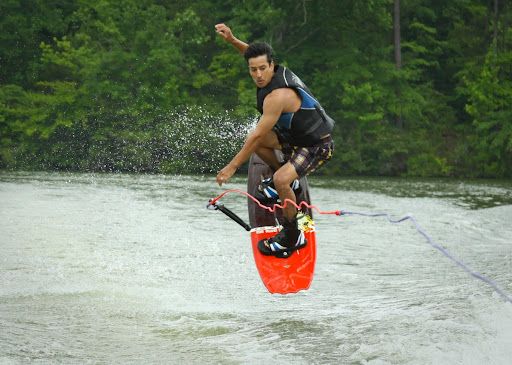 Makes for a not so nice landing.  BUT, they are coming less and less frequent!


We're trying to find another trick for him to learn.  I think he called it "riding switch".  But I'd have to go to a wake boarding dictionary to see what it means.

Maybe one day he'll be able to flip!  How cool would that be!
Published by Ole Miss Mom