Birthday In The Dark Part 1

And we all know that anything with Lillian is never less than adventurous!!  Her birthday proved to be one that will go down in the books for SURE and a very memorable party for all that attended!!

Little Miss Thang knew exactly what she wanted for her party.  Anything with Tinkerbell.  So Tink it was!  She wanted a Tinkerbell cake (of course) and in my head I wasn't forking out the $40 or so that it costs for one of those cakes. 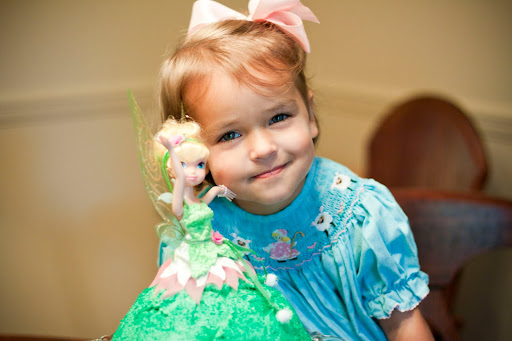 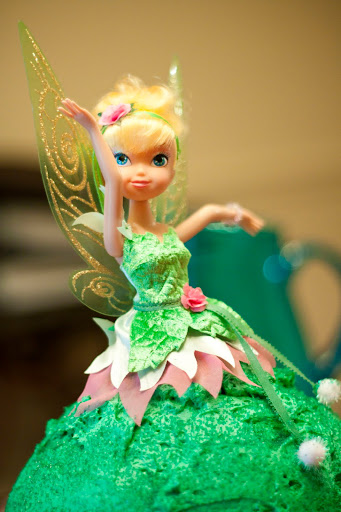 Ok so her party was at 5:30 on Saturday.  Well, at 1:00 p.m. we had a freakish storm cell clip us and the power went out.  And FINALLY came back on at 4:45.  So much for prepping in the light.  We were still a "go" since we were grilling everything and could have just played outside.  I mean, electricity is awesome and all, but we could have (worst scenario) pulled it off sans power. 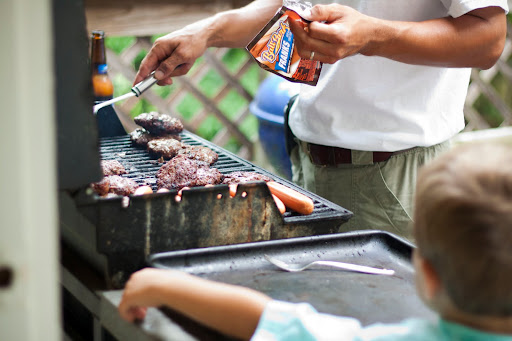 Hottest grillmate around!! ;-)  Did I mention he's taken? 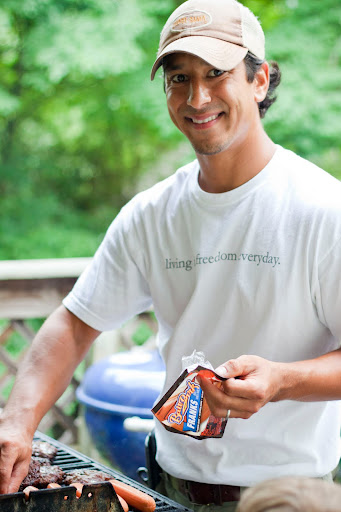 But thankfully, the power came back on in the nick of time.  Like 45 minutes before the party started!  The guests started arriving and Lillian was quite the little hostess greeting them all! 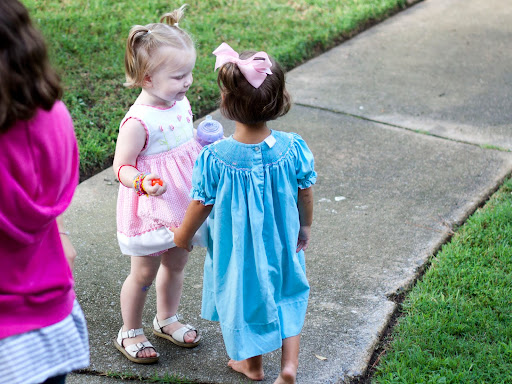 So...........the first game we had lined up was courtesy of the VBS the kids attended this past week.  And I knew we just HAD to play it! 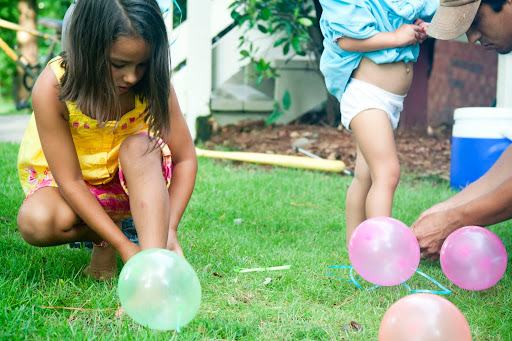 First, you tied balloons on a string to everyone's ankle. Then everyone had to try and pop everyone else's balloon.  The last person to still have a balloon on their ankle won! 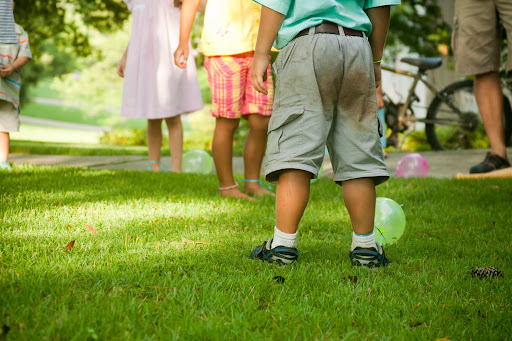 Huddled up ready to go! 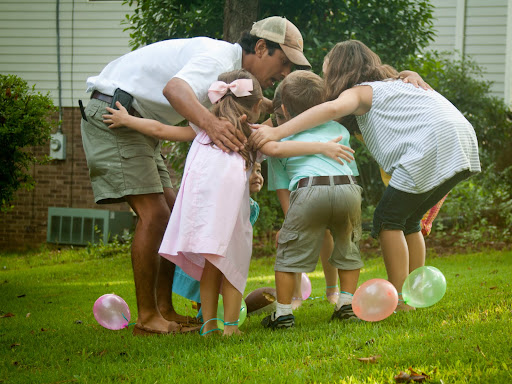 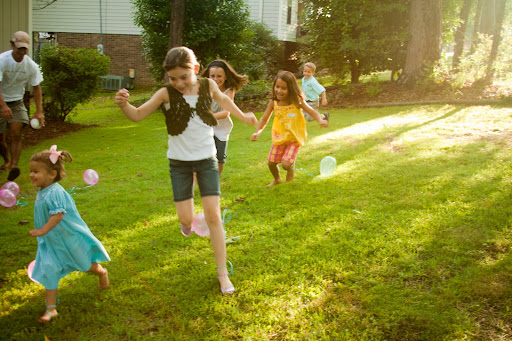 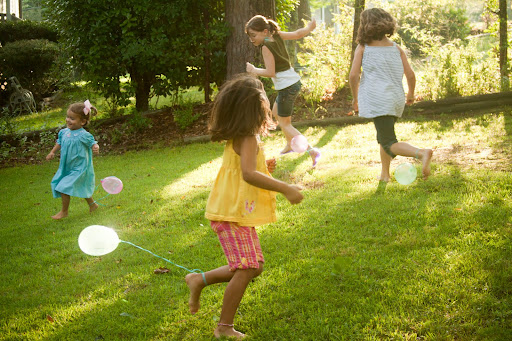 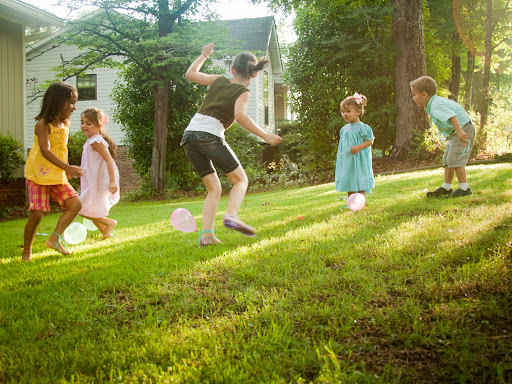 And guess who won!  LILLIAN!  I think her strategy was perfect!  Don't. Stop. Running. :-) 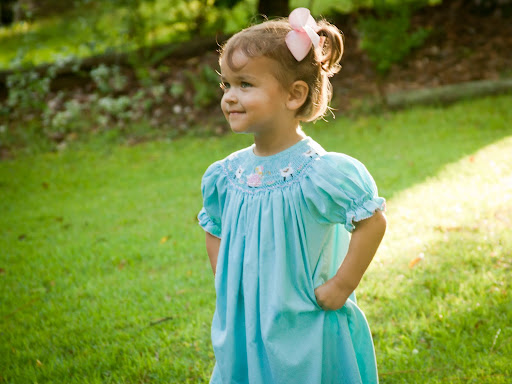 After the balloon game (which we totally thought would be hilarious for the daddies to play) we played outside some more, ate dinner, and went in for cake! 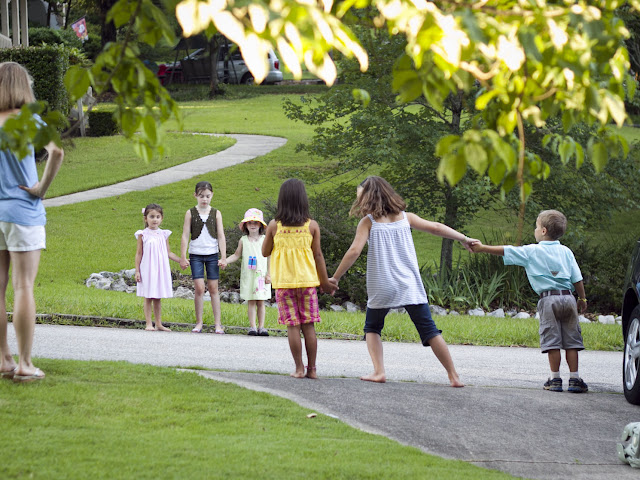 Red Rover is an awesome game.  Nuf said.  It was HILARIOUS to watch. 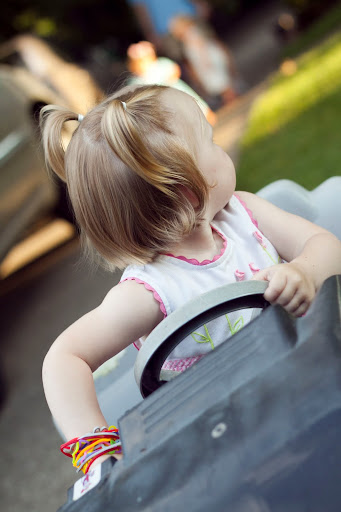 Being careful not to set Tink on fire! 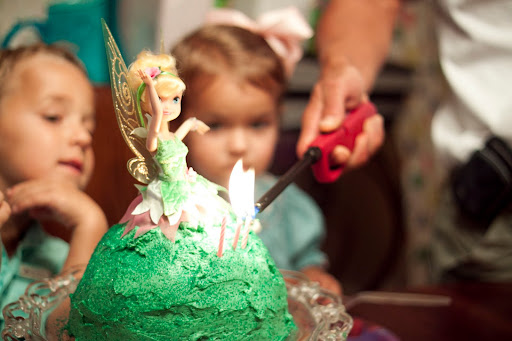 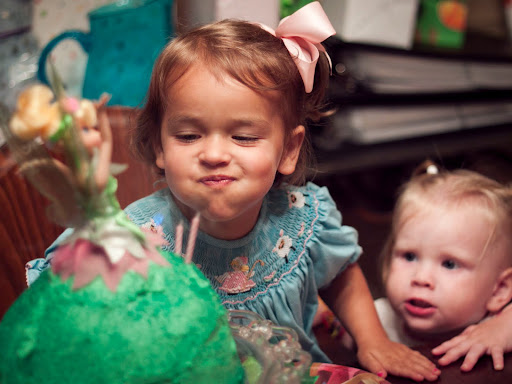 Love how AB is DYING to get to the cake! 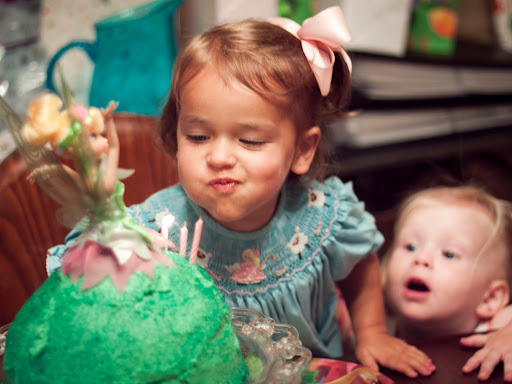 After cake is when the REAL fun started.  :-)
Published by Ole Miss Mom