I think I'll post a child each day and what they did at the lake last weekend for Memorial Day! Because it was definitely memorable!

Lillian was the cheerleader for the weekend.  Cheering everyone on while they were trying new things at the lake! 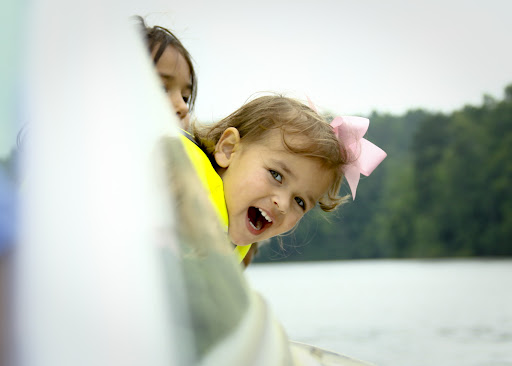 She was lap partners for many.  Even sitting with me while I tried to be in a picture!  Thanks babe for picking up the camera! 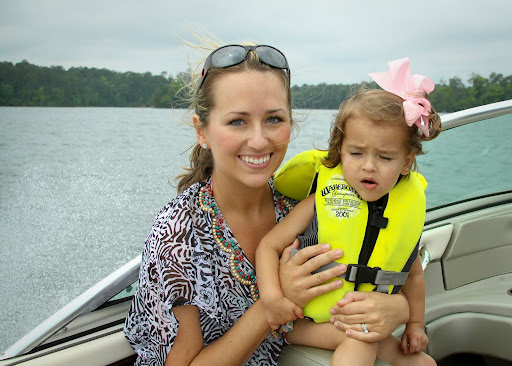 He's still working on how to use it.....but getting better. 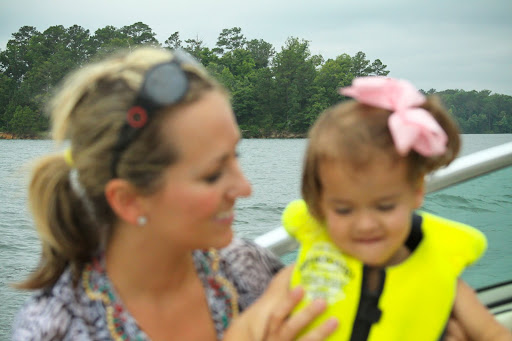 She would let us know if someone fell behind the boat while wake boarding!  "They're DOWN!" 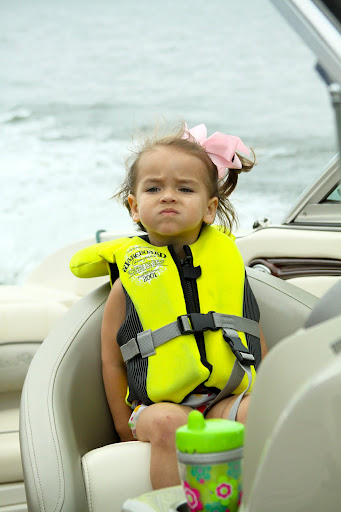 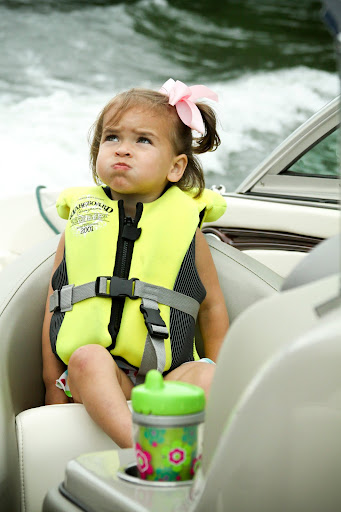 Mostly she was just her plain ole funny self.  Which is quite hilarious to watch from a distance when she doesn't know you're watching her. 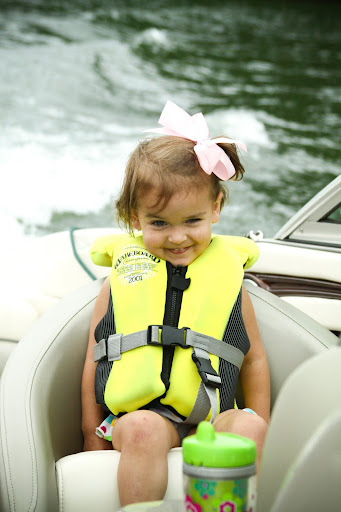 She even drove a little. 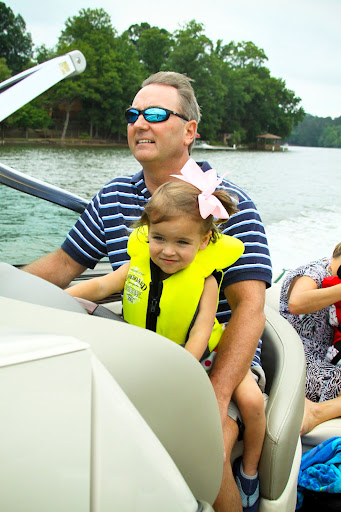 Didn't quite know what to think about it. 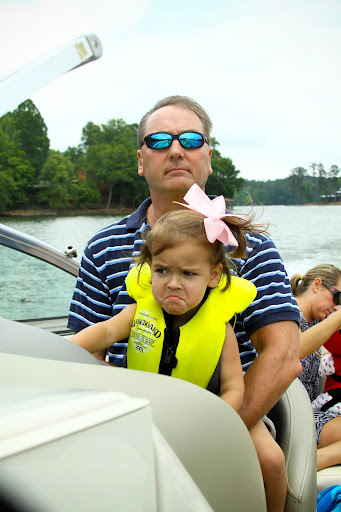 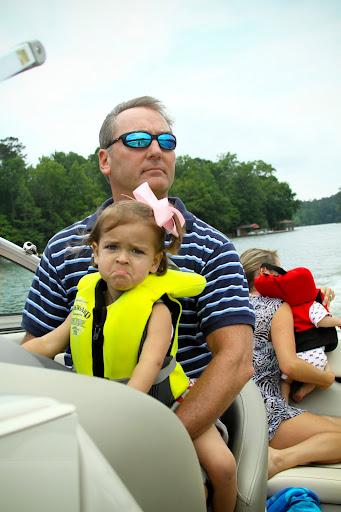 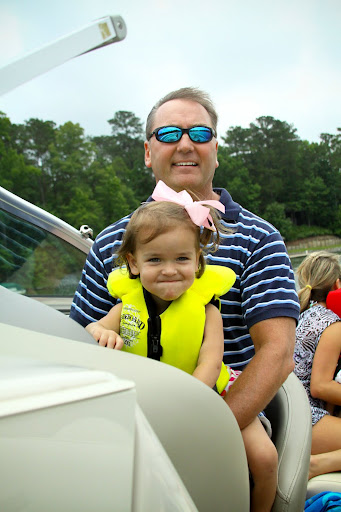 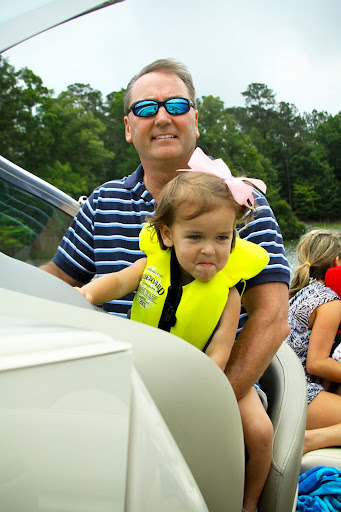 Trying not to crack a smile here I think. 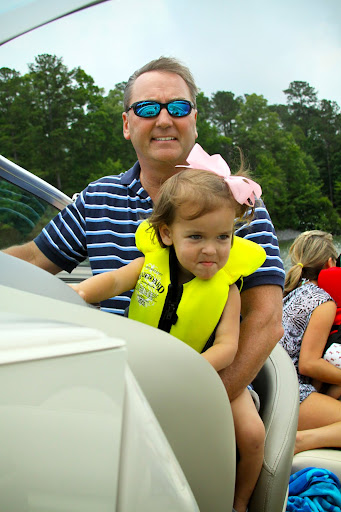 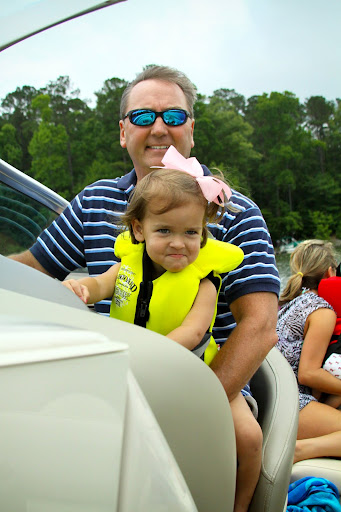 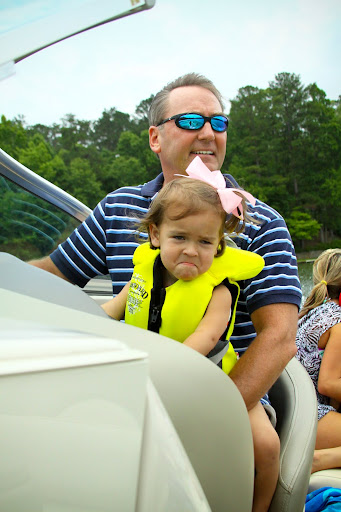 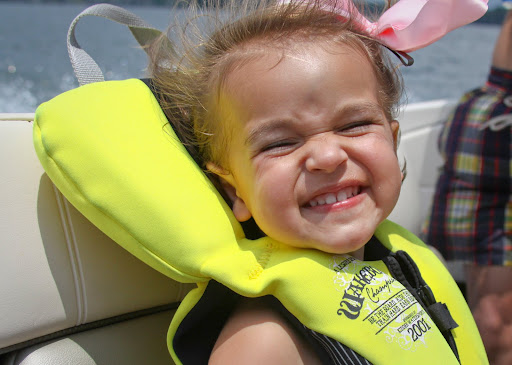 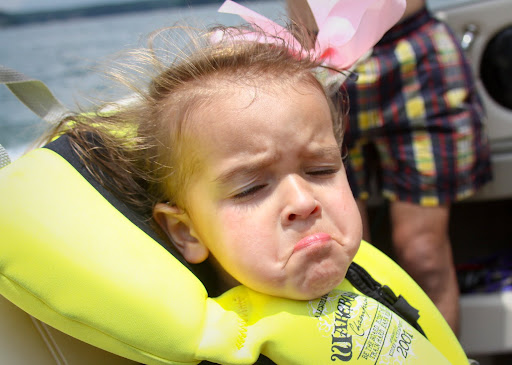 I don't know what is up with the frowny face she gives a lot.  She's not unhappy - it's more like she doesn't know what else to say.  ;-)

She still doesn't want to get in the water.  We ask and she puts her hands up (or on her hips) and says, "I'm fine."

Probably due to the fact that on the floating dock on Saturday some big waves came up and she was standing on the edge and fell in.  My mom was right there on a float and was able to watch the whole thing and help me get her back up.

Which brings me to the topic of properly fitted life jackets.

There are "death traps" as life jackets, and then life jackets that actually flip them over and hold their head up.  And we've had both.

Last summer Lillian got the bright yellow life jacket you always see her in.  The one she had on before (see Rhodes' in any previous lake post) was more like a death trap and would roll or keep her face down.

So we were thrilled to see the "new" jacket in action.  Sad that the incident happened, but it's a nice feeling knowing the life jacket did it's job!

What we realized was so important when picking out a life jacket for a baby is there needs to be no floation support on their back.  Only behind their heads and on their chest!!!!!!!!!!

So please, if you are around water a lot and have kids that can't swim well yet, get a properly fitted life jacket!!!  Because just any ole vest won't do!


And right after that happened, we drove straight to the marina and got Rhodes one!  It's red and looks super cute on him! ;-)
Published by Ole Miss Mom