Landon's team was undefeated for the entire season. In fact, I think we "ten run ruled" our opponents in every game. :-) 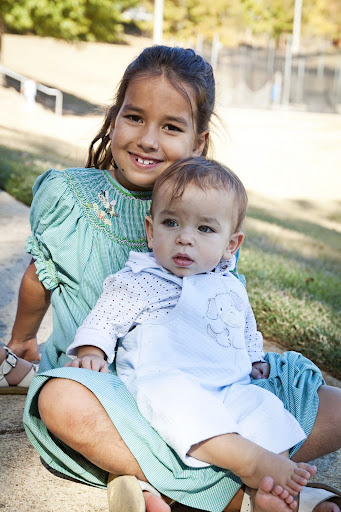 Robert's parents came in town to see him play!  We enjoyed hanging out with them at the ballpark! 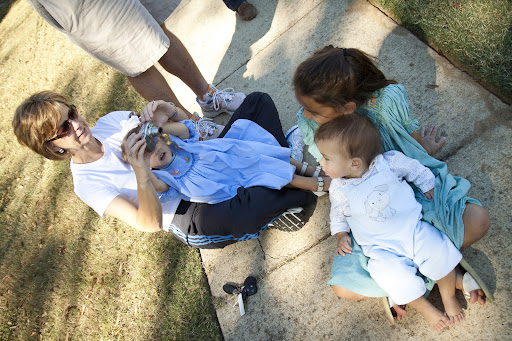 Rhodes wasn't feeling the best.  I don't know what exactly was wrong, but he was kinda cuddly at times. 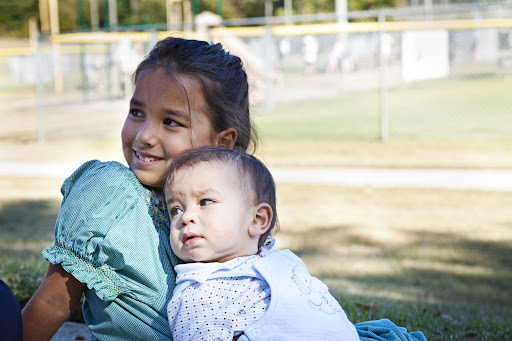 We watched the Rough Riders play one last time this season! 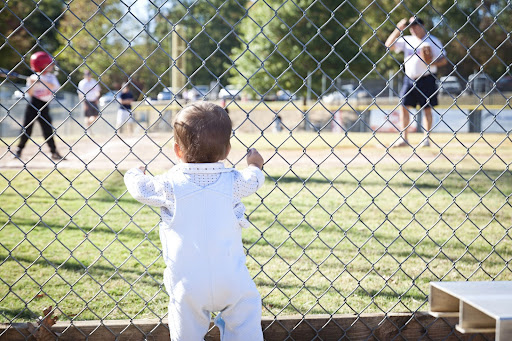 Watched Landon score his last few runs of the season! 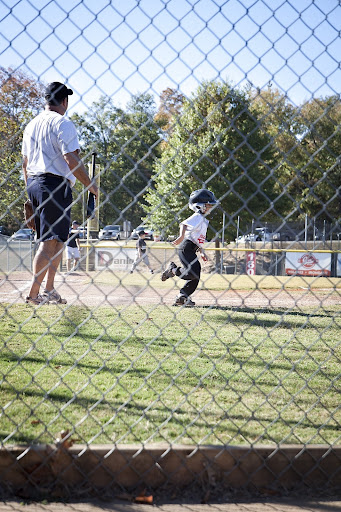 Then enjoyed some cookie cake....DOUBLE LAYERED by the way - I had no idea they could do THAT!  YUM!!! 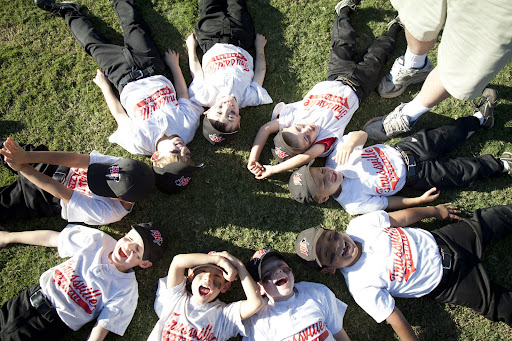 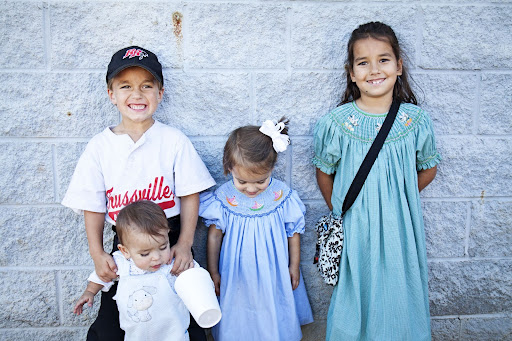 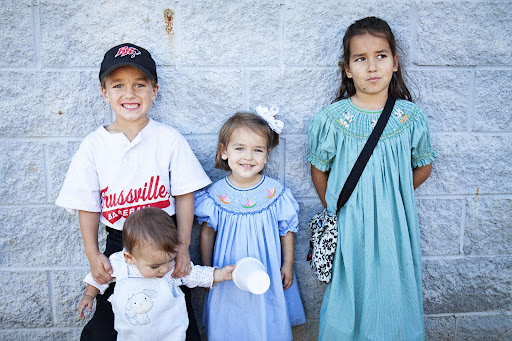 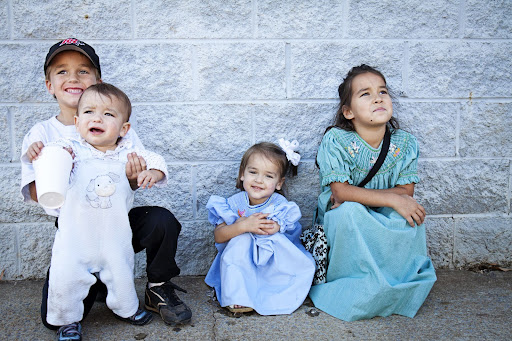 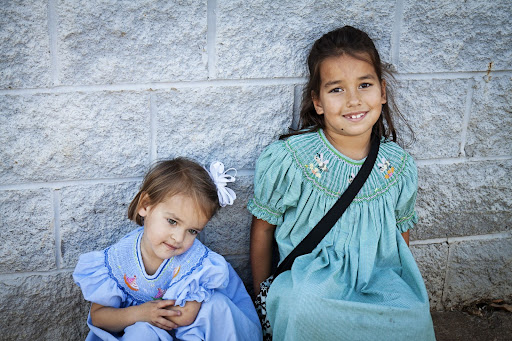 
I did manage to get a little bit better one with the Gparents!

Rhodes was DYING for a capri sun. 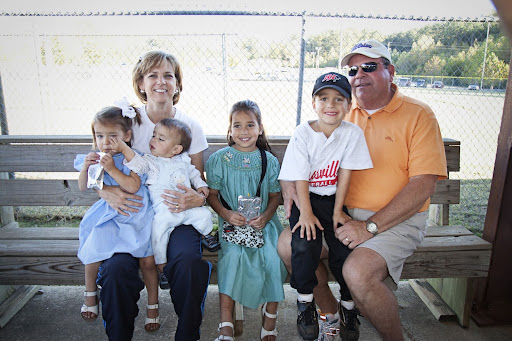 Why not....I actually DID have a change of clothes.  So go for it baby! 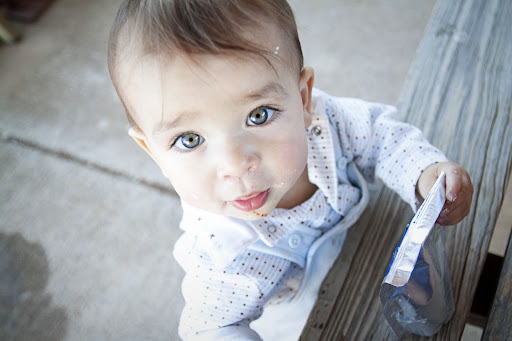 Lillian enjoyed hers too..... 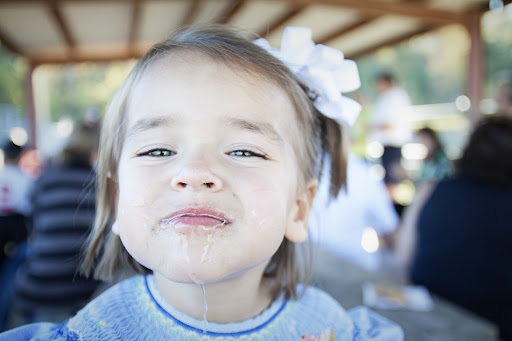 The trophy!  The trophy was HUGE!  Biggest one EVER for Landon! 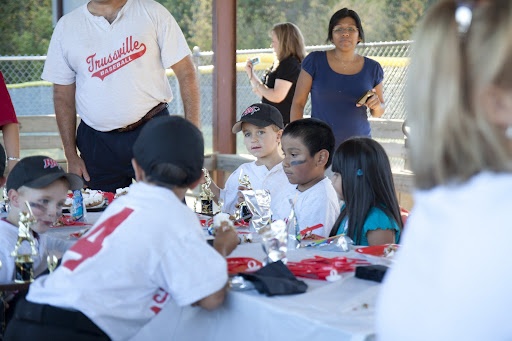 So proud of Landon and his teammates!!  We had a great time....made some new friends...and hopefully will get to play with them again in the spring!!!

Of course, we'll enjoy our little break from the baseball schedule.