There is a really good batteries deal going on where I could get tons of batteries for a few dollars. I may or may not do that. BUT, with Christmas coming up, it always seems like we're searching for some size of battery for a toy. 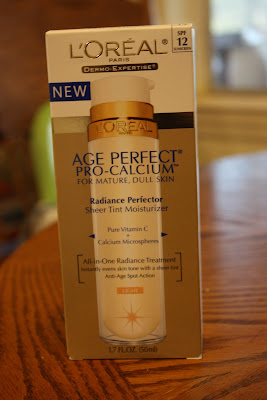 I've also scored some more great deals on kids clothes in the past few days. Being frugal for me means always keeping my eyes peeled for deals. Even if that item isn't on my list. I went to K-mart the other day to buy some random things...bday present, toilet paper, etc. As I was just walking around, I spotted a $0.99 rack of kids clothes. And they just happened to be another 30% off that!! I found four pairs of shorts for Landon (next year of course) for $0.69 a piece!!! Even if they fall apart or don't work, I'm out the amount of money I could probably find in my couch right now.

I also snagged another $0.99 Bailey Boys outfit for Lillian from Jimmy Hale. I debated a little because it looked pretty gender neutral and not as girly as I usually dress her. But I was thinking about adding some bows to the shoulders and ankles. I think I may have some from some other Bailey Boys outfits. You can pin them on and take them off to wash it. 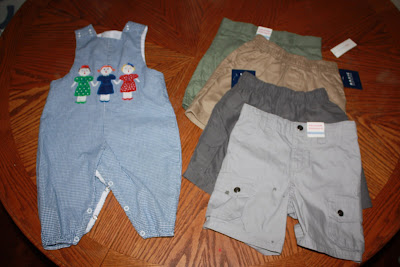 Have you had any frugal finds lately?
Published by Ole Miss Mom