We had nice weekend. Just the normal bumming around and cooking out. I like it when there's not too much going on. Just the fam!

After taking Olivia to a build-a-bear party, I came home to this. 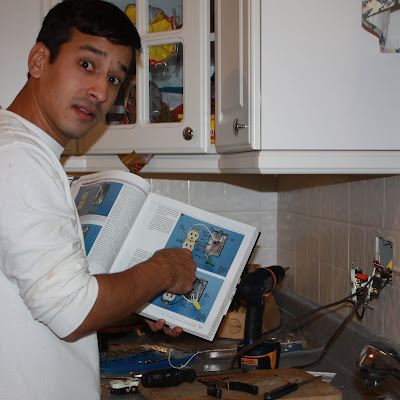 Robert had tools everywhere attempting to rewire a 4-plug socket in the kitchen, into a 2-plug/disposal switch combo. 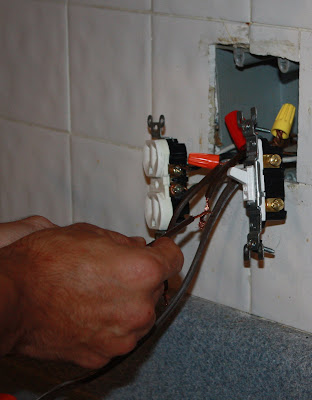 You can kinda see the spark in this picture. 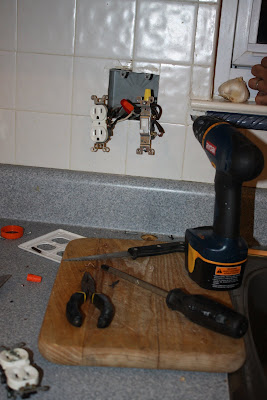 I'm not exactly sure what time he started this project, but he finished right when we were putting the kids to bed. Had to be around 4 or 5 hours that he had been working on this.

He even blew out power to the entire house several times!!! hahaha 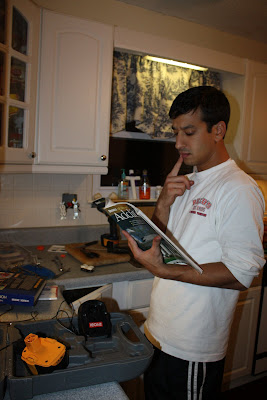 He was getting pretty frustrated at one point and kept saying, "I'm a degreed accountant and I can't figure out how to wire a light socket!!!!!" 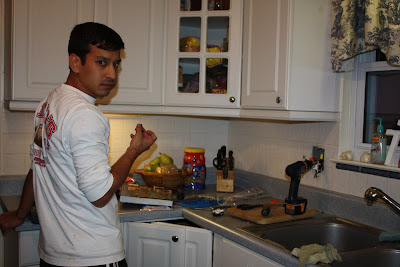 Finally, after dinner, he ran downstairs to flip the switch and said , "CROSS YOUR FINGERS!" He flipped the switch and nothing happened! :-) (that was a good sign!)

Voila! My nice neat disposal socket. It really beats the plug sitting on my counter that I had to plug in every time I wanted to run the disposal! 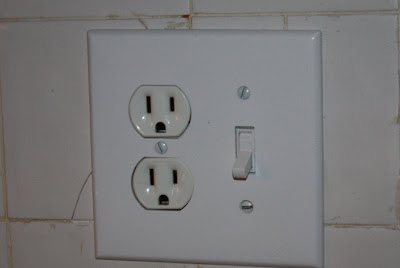 My husband is pretty awesome! He can do anything!!!!!!
Published by Ole Miss Mom