That you help restart a water plane. 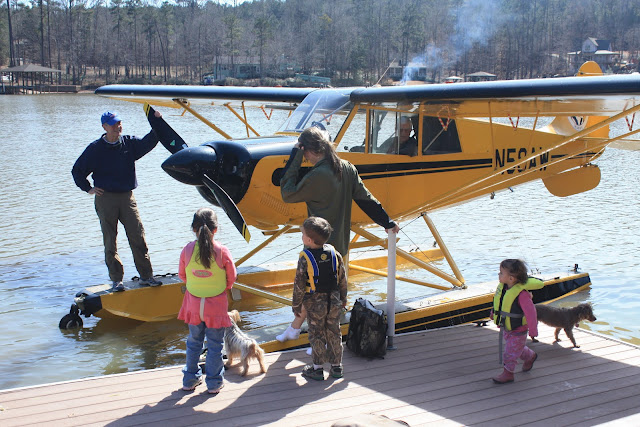 But I'm pretty sure Landon (and the other kiddos) were in heaven. 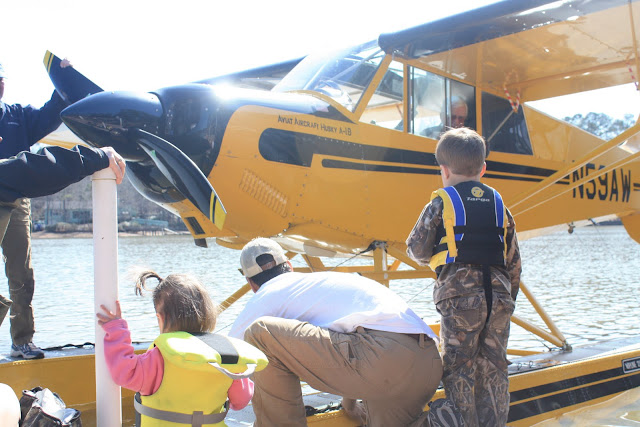 A good family friend of ours often flies his planes over our lake house.  He does tricks and blows smoke.  He'll even land and come say "hey" if he's in the water plane.

Pretty cool, huh.  We always enjoy it.  I've even been up in it.  Once....years ago.  And would love for Robert to take a spin too.  But when someone mentioned one of the kids going up, I about went postal.  NO NO NO!!! :-)  How dare you suggest I send one of my babies up in a tiny, flying aircraft! 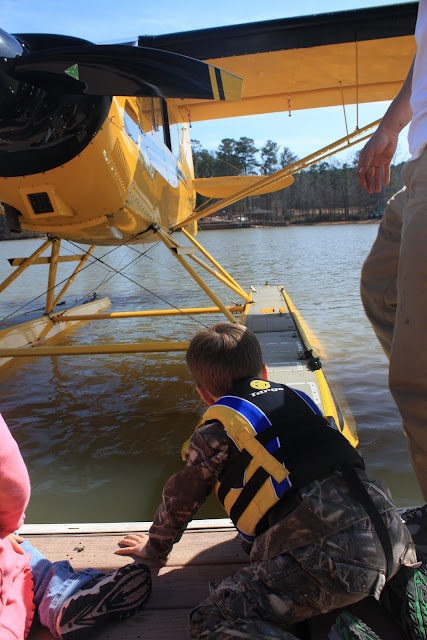 But on this particular day, this little plane didn't want to start back up.  It's like when your car battery dies.  So it needed a little jump to get back to the hangar! 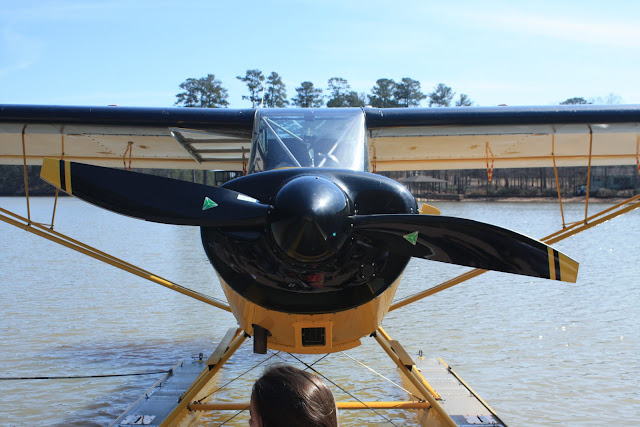 Lucky for them, my dad had a little battery jumper up at the house.

Lucky for Landon, he got a front row seat to all the excitement! 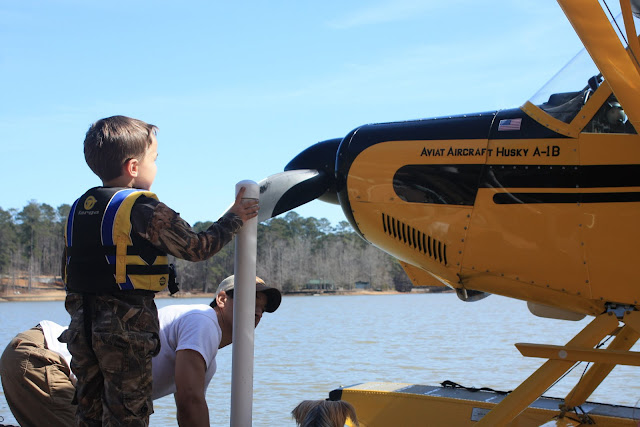 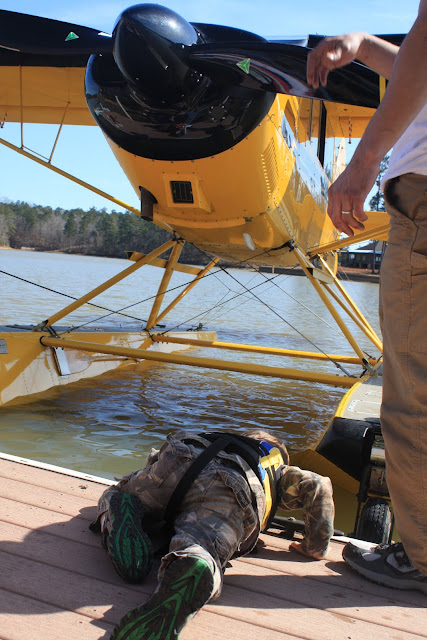 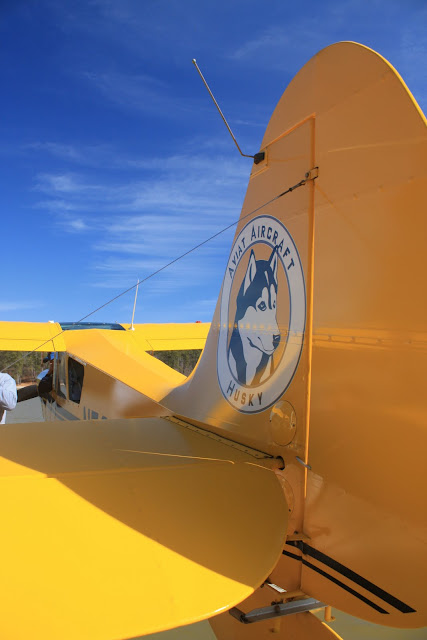 So here are the guys man-handling the plane.  See, when it gets jumped, the propeller starts and the plane wants to start moving.  But the guys (and Lacey) had to hold onto it until my dad could get the jumper cables loose from the plane, and the panel back on the side of the plane. 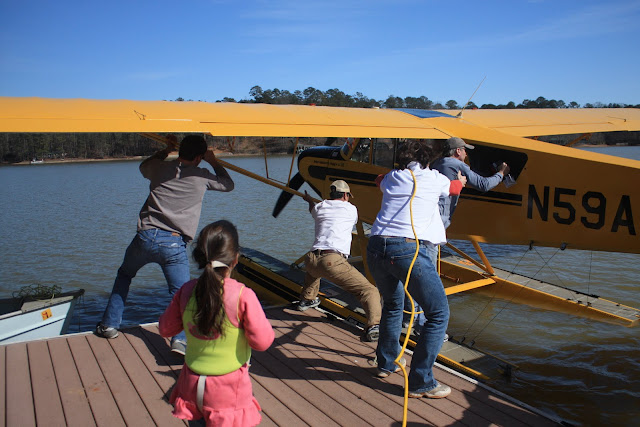 Just holding back a running aircraft.  No biggie. 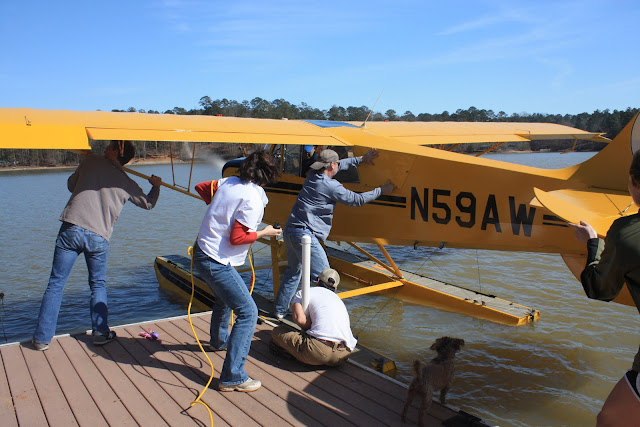 Lacey was in a wind tunnel!  Gently holding on to the delicate rear wings of the plane away from anything that would hurt it.  She even put her body in between the plane and the dock!!!  Now that is some sincere help!!!  Anything to protect Dr. Z's plane!!!   :-) 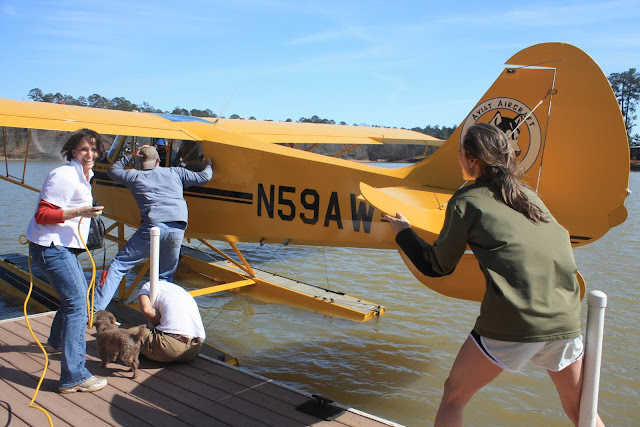 She could hardly keep her eyes open!  hahahahaha 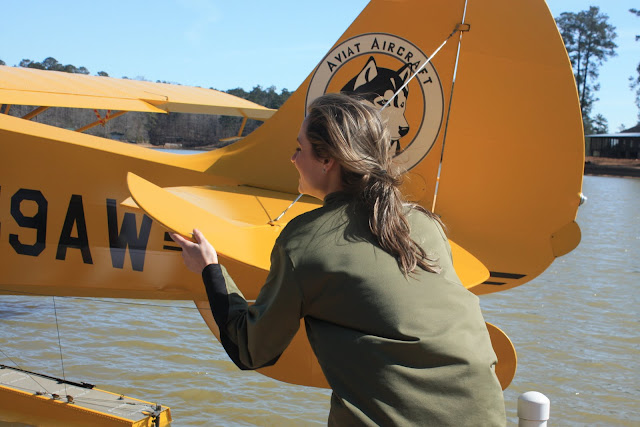 Made it...now their making sure that none of the wings or pontoons hit the dock! 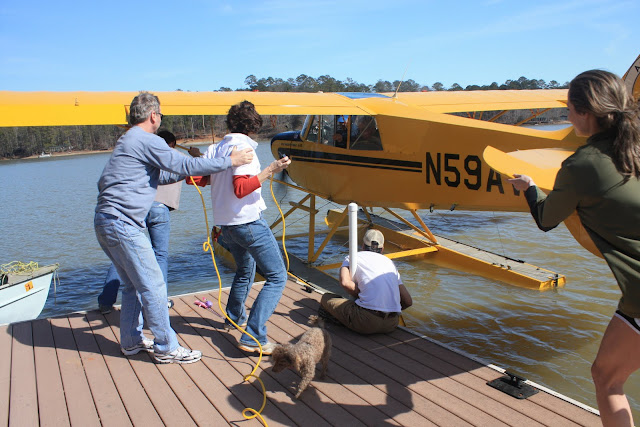 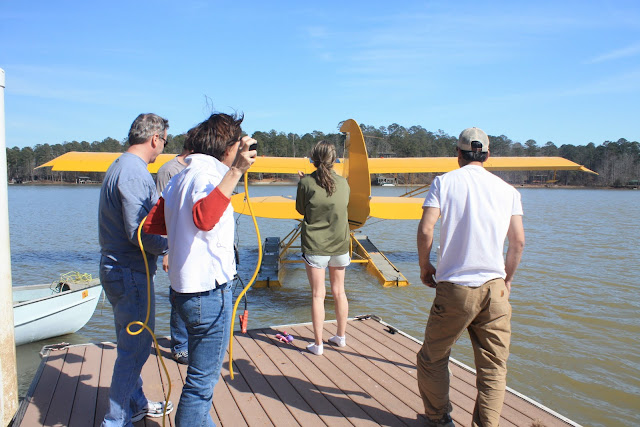 Yeah, that's MY man.  Holdin' planes back and all.  Serious strength there.  Like fo' REAL! 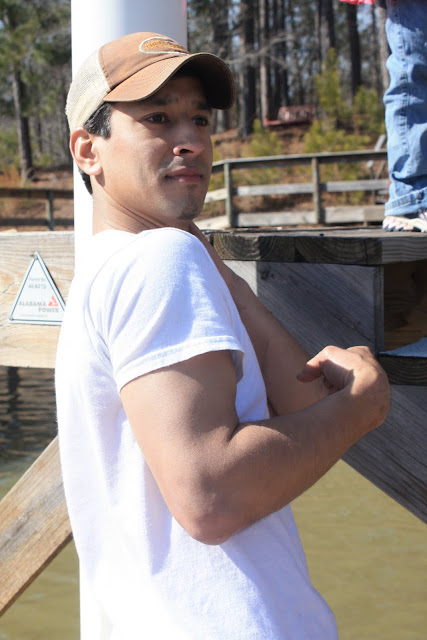 We love watching him take off!!  Right in front of us! 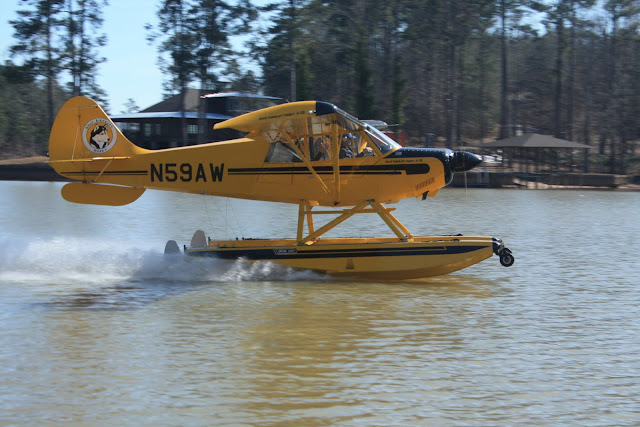 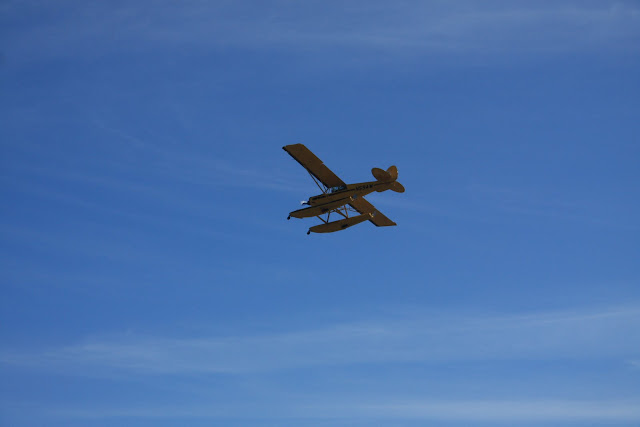 And that would be called "making memories"!  It's the unexpected mishaps that are SOOO much fun when we get together!!!


I hope there are MANY more to come!!!
Published by Ole Miss Mom