On one of the mornings of our last beach trip, we decided to take the kids to the local Gulfarium.  Secretly, I think I wanted to go more than anyone else.

I have a faint memory of going to this attraction when I was younger and the main part I remembered was the big, round tank where the dolphins performed.  Yeah, it's still there.  :-)

Here are the kids before the show.  Getting an up-close view of Lily (daughter - age 4), Delilah (mommy - age 36), or Ariel (rescue dolphin - age 7).  The girly dolphins at the aquarium.

Love how Landon is pulling down his glasses to get a clearer view of this huge ocean animal!! 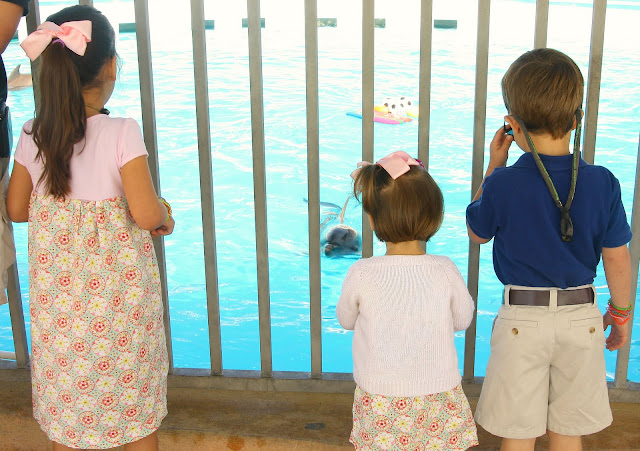 Here one of the dolphins is splashing Lillian, Landon, and Robert! 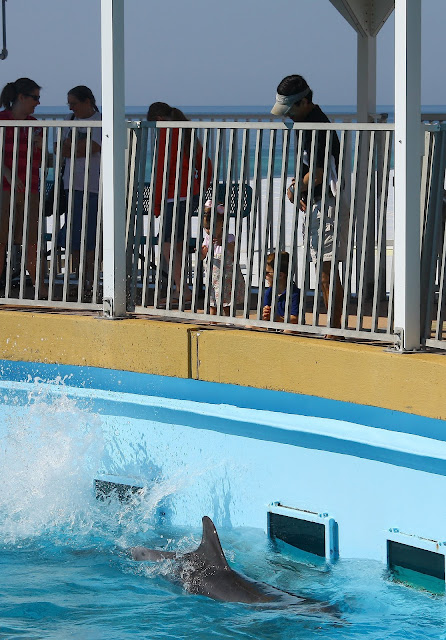 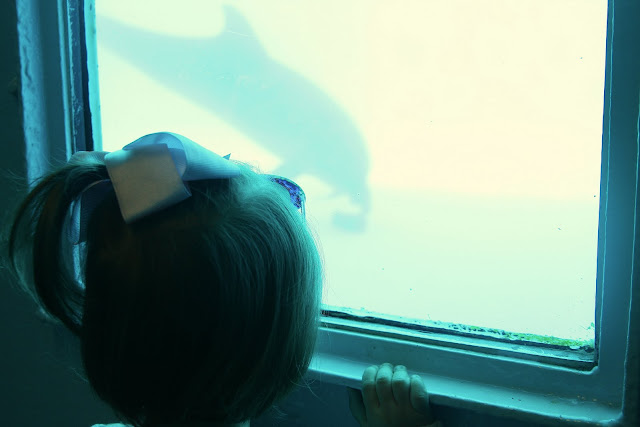 Waiting for the show.  As usual, Lillian was displaying LOTS of emotions. 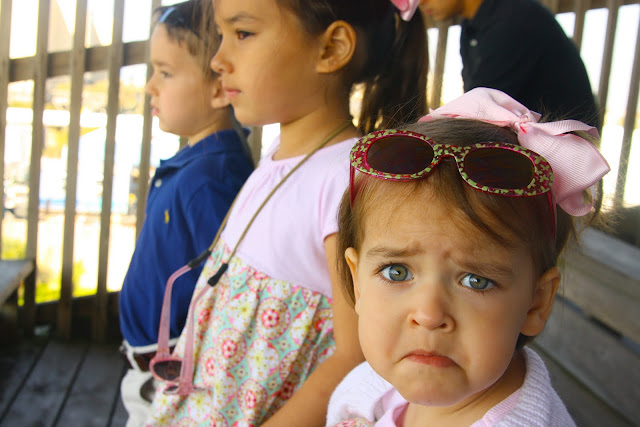 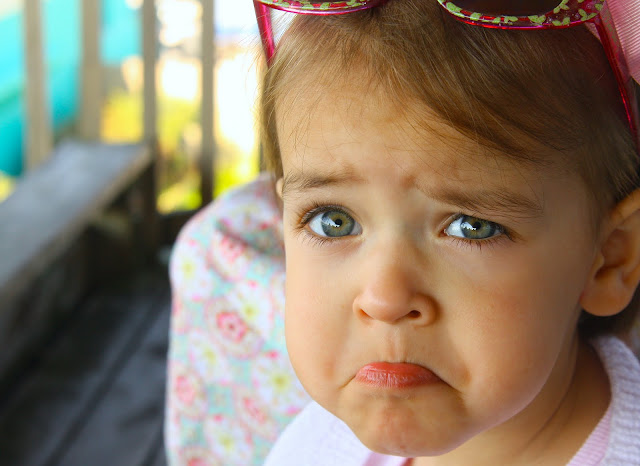 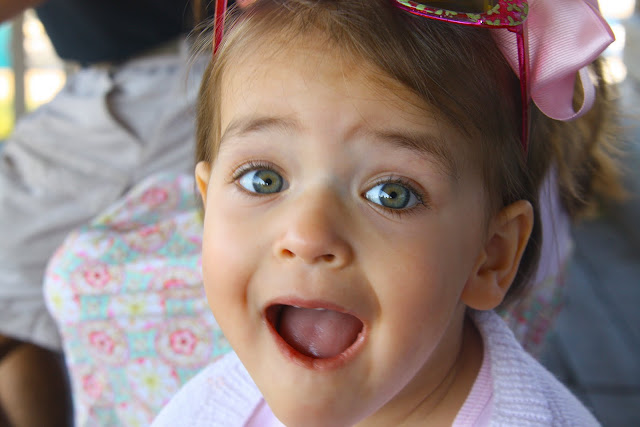 Olivia....wasn't a fan of my photography attempts. 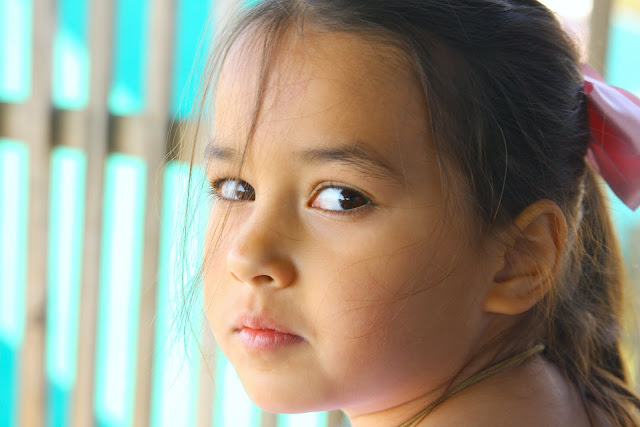 Apparently, this trick (ball on nose) is really hard for dolphins to learn.  They don't have whiskers like the sea lions to help balance it.  But this (fairly new) little girl dolphin was doing a great job. 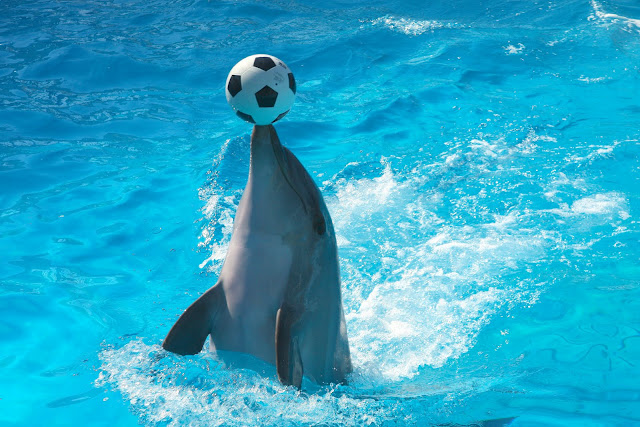 We couldn't help but be in awe of how well trained the dolphins were.  Seriously...how DO they do it!?! 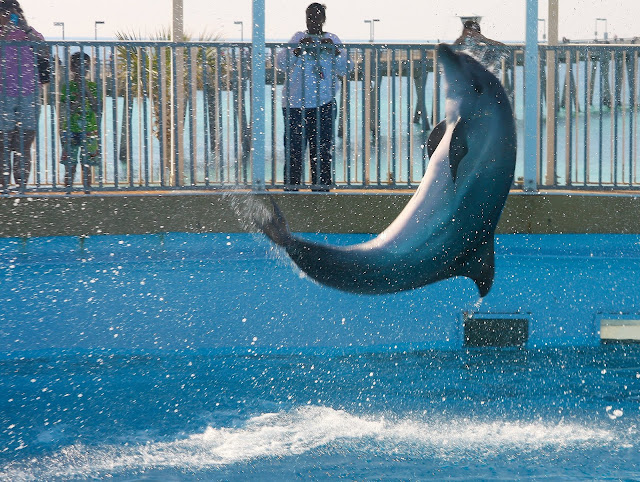 Then we moved over to the "boy dolphin" area.  They let the boy sea lion and boy dolphins swim together.  It was sweet.  They kissed.  But Kyle (the boy sea lion) lives with his girlfriend (Phoebe) right now.  But they just wanted to show us that dolphins and sea lions got along together. 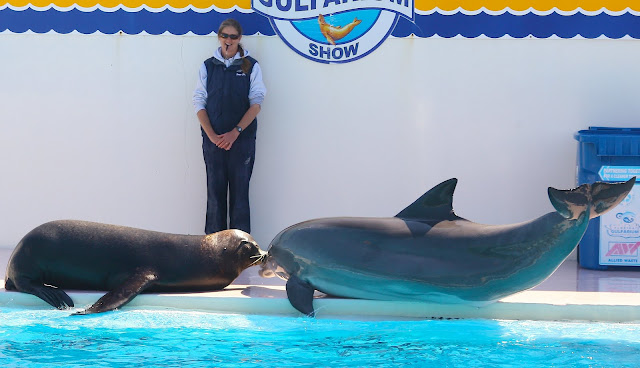 And to show us that, they let "Kyle" the boy sea lion, climb up on a HUGE platform and let the boy dolphin (I can't remember his name) eat a fish out of his mouth.

And they did...it was cute!  And AMAZING! 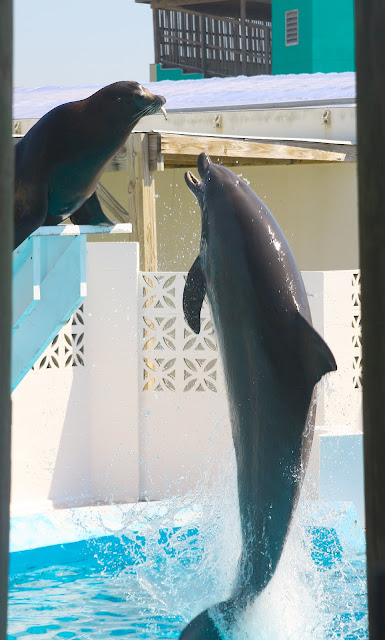 Then they showed off and each touch a buoy with their noses at the same time.

Again...HOW DO YOU TEACH TO DIFFERENT ANIMAL SPECIES TO DO THE SAME TRICK AT THE SAME TIME!?!?!?!?! 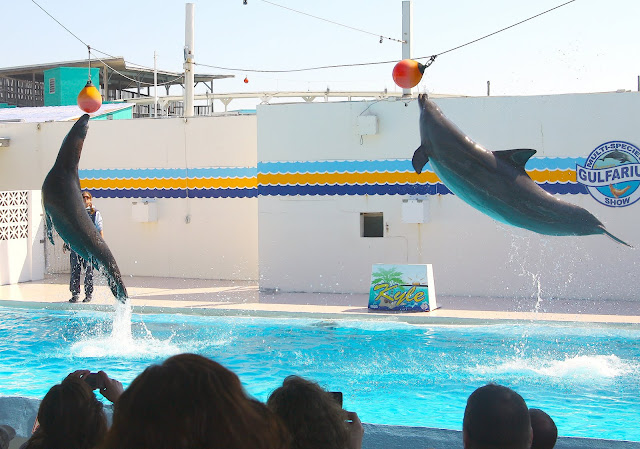 We also go to see some penguin, crocodiles, otters, crabs, stingrays, and turtles.  But they weren't quite as talented.  All in all, it was fun...for the adults and the kids! 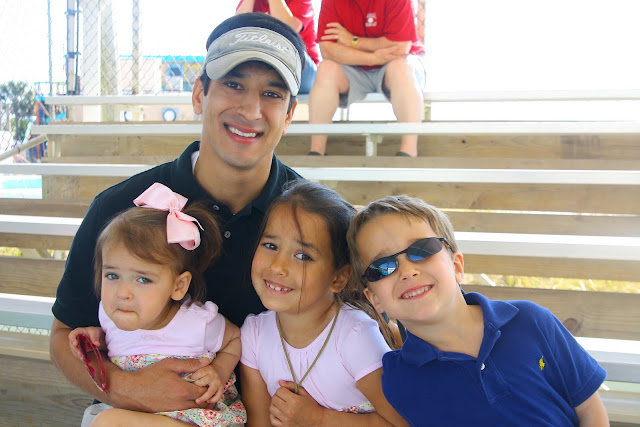