Living For the Weekends

I'm pretty sure I not completely alone in this, but I think most moms "live for the weekend" - when Daddy's home! Trust me, I've had plenty of weekends alone while he's off working hard to provide! But he's been blessed with better hours in the last year or so and it's so fun to have him home! And it's nice to have 2 more sets of hands and eyes to help out with the kids. This weekend Robert was busy volunteering for the foundation that he's on the committee for. It was their big annual fundraiser! But, that meant Friday night and ALL day Saturday he was gone. I knew I had to get a big ole list of fun things to do with the kids so we all didn't go crazy!

We kinda threw our schedule out the door and just winged it on Friday afternoon/night. Did you know that Friday night is a GREAT time to go to the zoo?! It's practically empty and the animals are hungry and eating! It was fun. I even went into the bird exhibit! The birds will land on you and come up to you. Olivia and Landon were obsessed with trying to get birds on their arms. The one time I tried to get one for Lillian, the darn lorakeet bit me!!! And it was pretty hard!

Saturday we were all over the place! The local farmer's market was a blast. The kids started out their day with a snow cone at 9 A.M. Nice. {note the sarcasm} And that was only the beginning. We ended up at a swim party/bday party/cookout for lunch and afternoon. Which was MORE cake and goodies! Great.

To which we headed to Robert's "party" to check everything out and eat some crawfish.

And much to my surprise, Olivia - my drama queen with bugs and such - actually peeled an ate her own crawfish! She is braver than I am! I'll eat them, but I don't like to peel them. 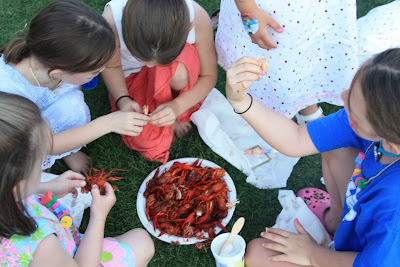 They went to town on these crawfish! 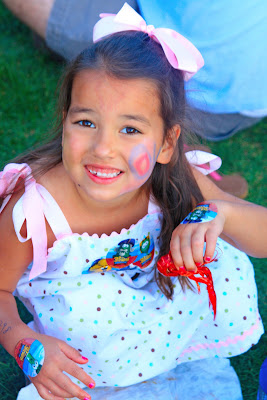 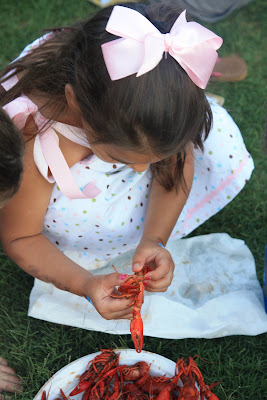 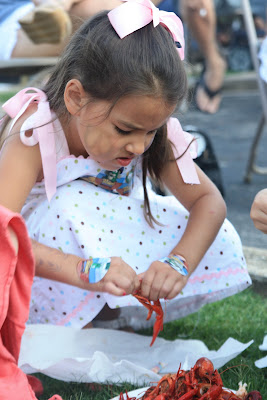 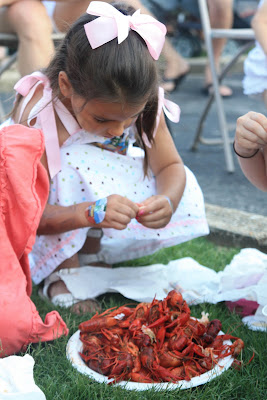 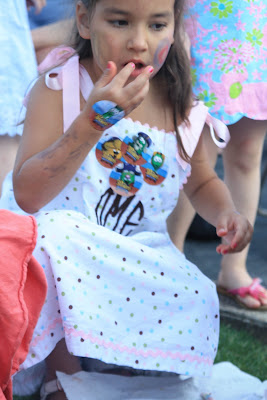 If you're wondering why her arm looks funny, I smudged out my phone number! ;-) Since I seem to sometimes get some crazy emailers, I certainly don't want to get some crazys calling me! ;-)


These crawfish were SPICY too! She kept saying her lips were burning...but kept on eating them! Daddy was so proud. :-) He was working so hard he missed it!! 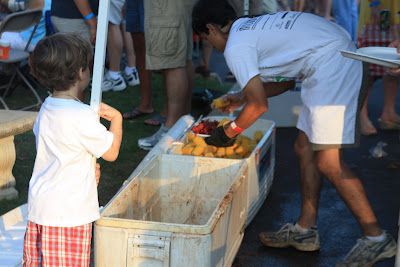 He stopped for a minute to say hello! 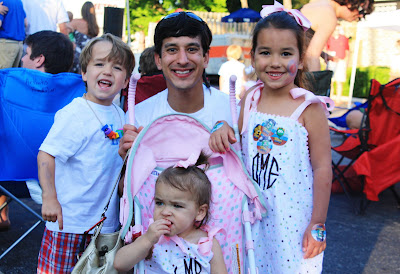 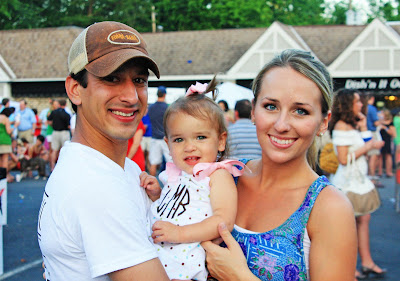 I think I'm leaning away because Robert smelled so bad. I gave him an ultimatum that night before he came home. Shower or couch! ;-) 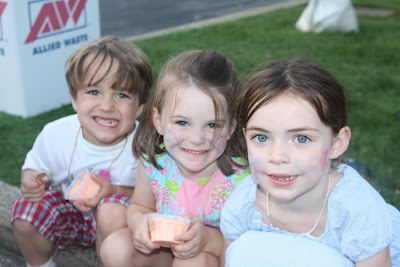 The kids rounded out the night (food wise) with 3 more icecreams, a snow cone and more candy! We went on a veggie diet the next day - literally! I told them DO NOT ask for a cookie or candy today - because I won't give it to ya!

Sunday was nice and relaxing. I wanted it to be calm and people-free! Am I the only ones who needs days like that? I think when I'm around SO many big crowds for a couple days, I need quiet family time to balance it out.

But if this past week is any indication of how summer is going to be it's going to be FUN and CRAZY! And with each day getting a little bit tougher (physically) in this pregnancy, I'm going to be half dead by the end it too!

But I'm still feeling good. Though getting good sleep is becoming rarer. It's hard to sleep when there's a party in your tummy at 10 P.M.

We're gearing up this week for our beach trip starting Sunday! Eight glorious days with the fam on the sand! Can't wait!!!!! The countdown is ON!!!
Published by Ole Miss Mom