Last weekend I had the wonderful privilege of meeting all of Robert's co-workers at his company Christmas party. It was held in their brand new (awesome) building that they just moved in to. Which was great since I hadn't been in it yet.

Since this is Summit Toy Company, the whole "toy factory" idea played a role in the design of the building. And all those great designers apparently went to town on it. It is the coolest building!!!

The building is build around a 40 foot tall robot that also functions as the elevator shaft!! His name is R.A.L.F. (Robot Alien Life Form) - supposedly name by some elementary school kids. I like it. :-)

There's a digital ticker screen that flashes across his chest. I'm sure it'll be saying some cool things one day. Also, when you get in the elevator, the glass (that would normally be looking out into the atrium) is a picture of his "insides" and moves when you go up or down (the elevator moves over the wall paper). Very neat touch.

Also on my tour, I spotted the toys that Olivia and Landon are on. I'm sorry, but I just think that is SO COOL. How many moms can brag little kids can say that? But I guess I'm a little biased. :-) I snapped a little picture of two of the three that they made it on. But I'm not allowed to show you. Sorry. The only one I'm allowed to show is this one here. :-) But don't worry, as soon as they're all on store shelves, I'll be letting you all know!!! 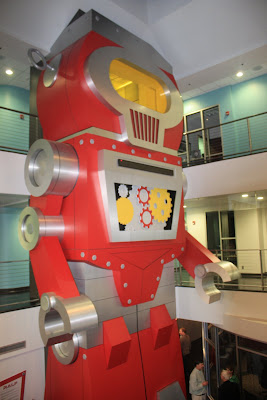 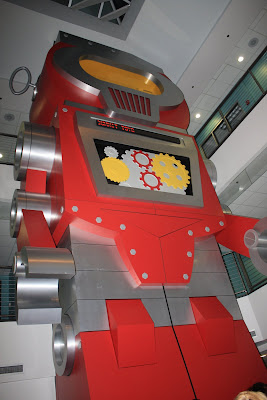 We had a great time at the party. It's a great company with a lot of hard workers. One day, I hope they let me bring in a bunch of crazy kids one day to test toys in the atrium. hehehe That would be interesting! :-) 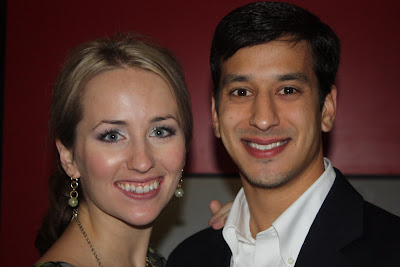 And we actually made it in a picture together thanks to one of the graphic designers!!! :-)
Published by Ole Miss Mom