I Can Be Fun Too!

The other morning I left the house before anyone was up. That meant that Robert had the wonderful task of getting 4 people up and out the door for school....AND drive carpool!!

I was a little curious to see how it would all go down. I mean, I've got it down to a science now. But Robert's not quite as used to it as I am and would have no help from me!

I called a little before he was supposed to leave to pick up carpool and low and behold, he had taken the kids to McDonald's for breakfast!! On a school morning. By himself. With time to spare before carpool.

So I'm officially the "un-fun" parent. I mean, he set the bar high! I think he just didn't want to cook and clean up the kitchen after breakfast!!! :-) At least that's what I telling myself.

I let the kids go to town painting pumpkins and decorating cupcakes and cookies!!

It was so much fun. And I promise, we did not eat them all for dinner. And nothing else. :-)
I would never be that mom! 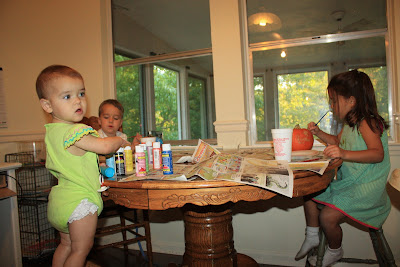 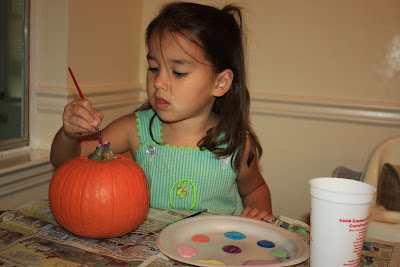 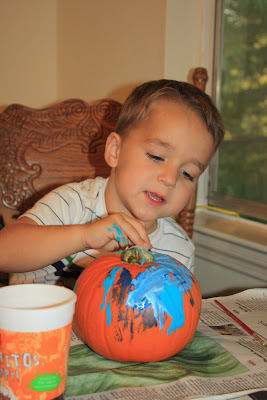 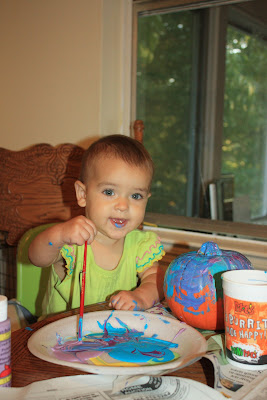 Lillian had fun painting herself! 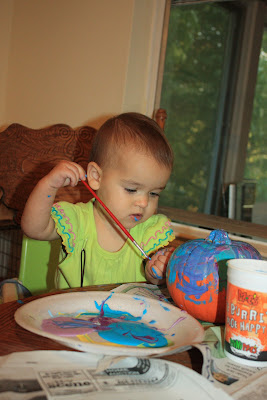 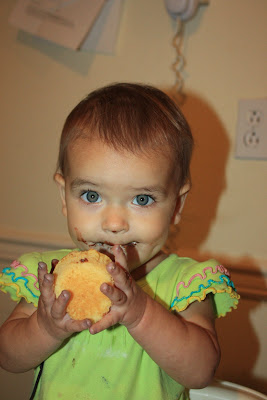 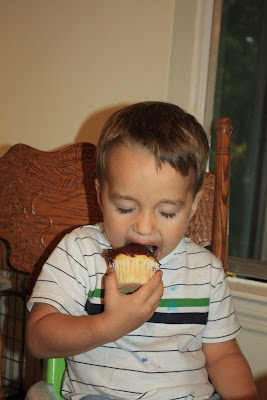 MMmmmm...nothing like a cupcake for dinner...and then maybe breakfast the next day. :-)
Published by Ole Miss Mom