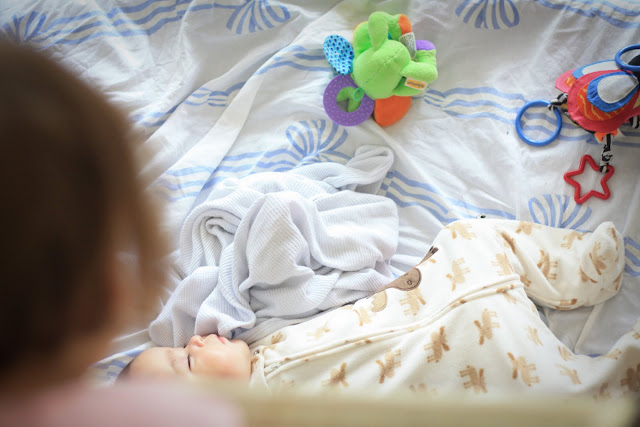 With big sister peeking over quietly. 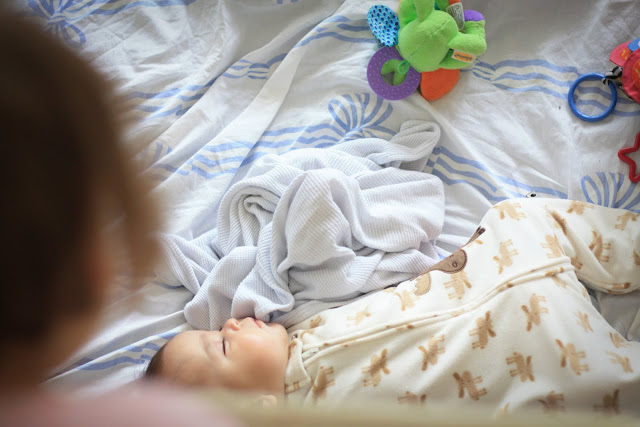 Startled by the camera.  Confused.  Disoriented. 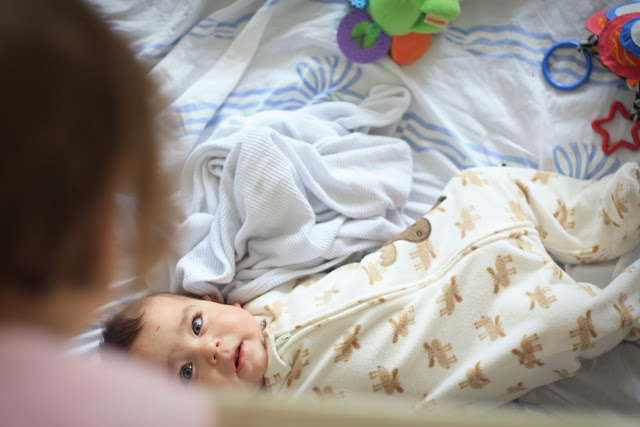 Happy!  Delighted to see us! 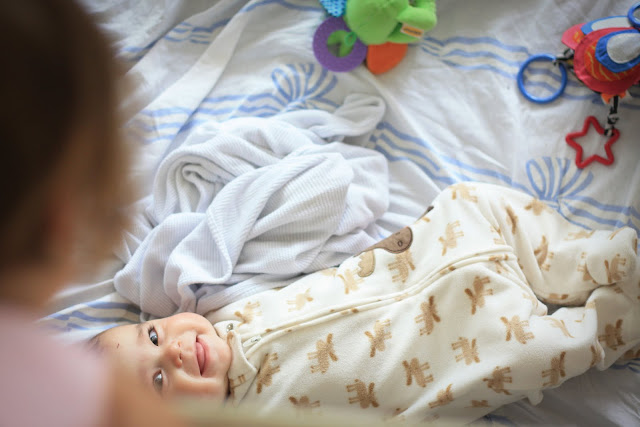 I think I'm going to "crate train", I mean "pack n play train" Rhodes.  :-)  I've never really needed to do that type of training before, but something tells me once he's mobile, I'm gonna need somewhere to put him that's safe and that he likes.

And actually, so far, he seems to enjoy his "alone" time.  Go figure.  Life is so "stimulating" for him, it's almost like he enjoys the simplicity of him and a few toys sitting alone in the crib.  Most of the time he dozes off.  Which is GREAT!  He does NOT like me to rock him or hold him until he goes to sleep - he's a "do it on his own" kind of boy!


On another note, I'm feeling kind of guilty lately.  About the content of my blog.  It seems that most of my posts are about Lillian and Rhodes.  And sadly it's because they're my two most photogenic subjects right now.  Olivia can't stand when I get the camera out.  And Landon, well, he won't sit still long enough for me to take pics.  But I guess they had a lot of time on the blog before.  Rhodes is just playing catch up!
Published by Ole Miss Mom