We took our hermit crab, affectionately known as "Mr. Crab", to the beach last weekend. We fully intended to "let him go back to his family and make babies". So, after lunch our first day, we grabbed his cage and toted him down to the beach.

Olivia had the honor of pulling the lid off the cage and (lovingly) dumping him out onto the sand. 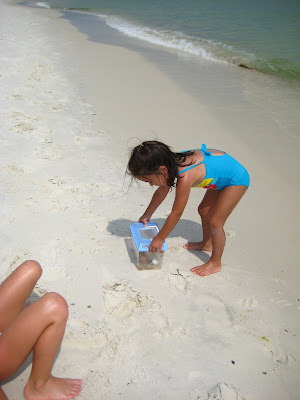 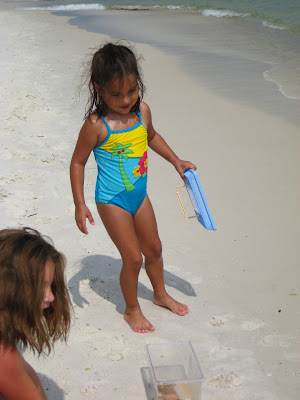 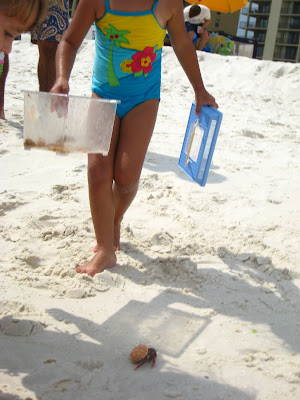 Well, instead of seeing him off and ending fond memories of him sitting on our kitchen counter, the kids decided he would be really fun to "play" with at the beach. Every once in a while, a "beach walker" would see him and yell at the kids to "come look at the hermit crab" they had found. Olivia would waltz up and say, "Yeah, that's my hermit crab...I'm letting him go!". Totally busting their bubble. 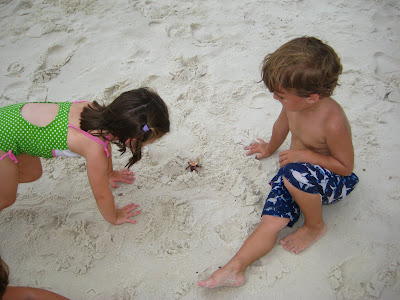 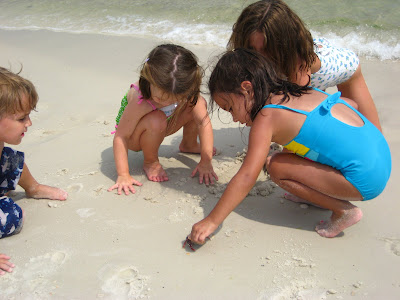 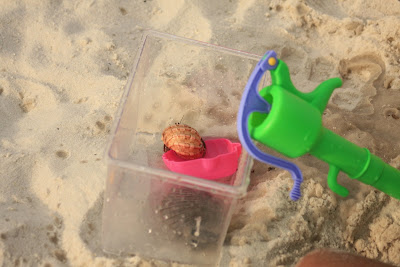 I have to say, taking him actually down to the beach was a great idea. The kids put him in buckets, watched him "swim" in the water, crawl around the sand and even made sand castles for him. I mean, it's not like he can get away really fast!!!!

The total irony of it all???

He is still sitting on my kitchen counter!!