The fun didn't stop at skeet shooting at the lake!!  It was Uncle Mac's 31st BIRTHDAY!

We celebrated with decorations and a strawberry cake!  YUM!

We ate A LOT during the weekend....Rhodes enjoyed some ice cream sandwiches! 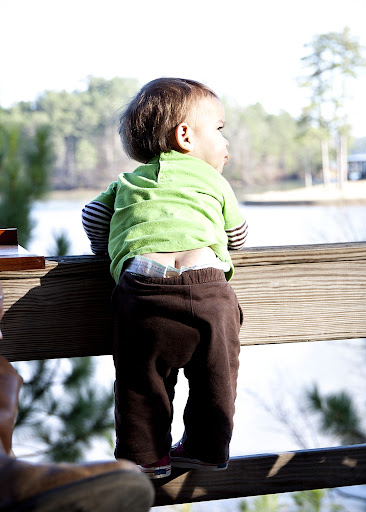 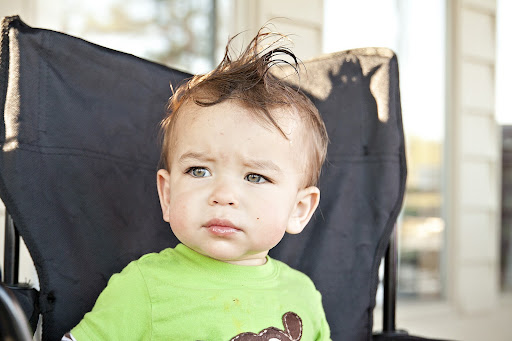 We attempted a family picture since we were ALL together at the lake.  My favorite is Landon.  ;-)

I think Margaret fits right on in with the fam....don't you!? 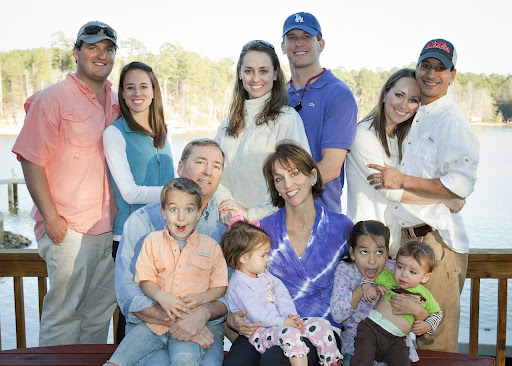 After dinner, we had our traditional BON FIRE!  It was a good one!  Some yummy s'mores too! 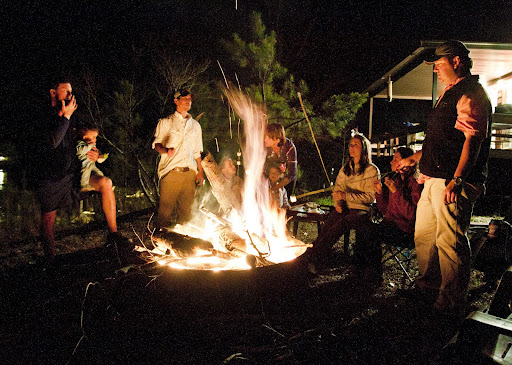 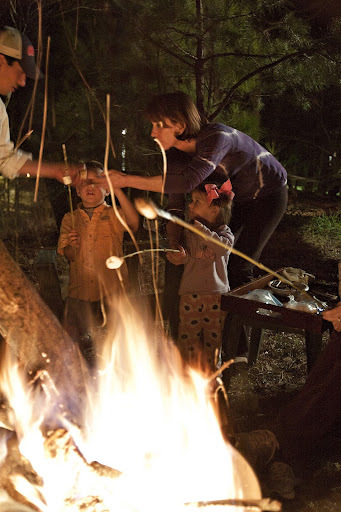 I mean, they look like sisters...no!?   So fun having Margaret around and hearing about wedding plans and china! :-) 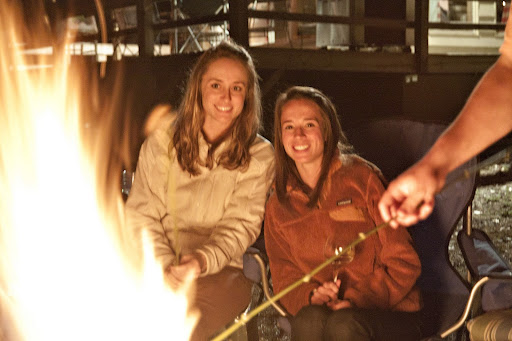 Then we played a little guitar.  I didn't know if my brain would remember anything, but ironically, my fingers remembered riffs of a few songs.  Extreme "More Than Words", Edwin McCain "I'll Be", and Dave Matthews "Jimmy Thing".  And then a little riff of Led Zepplin "Lemon Song" from my bass playing years.  How's that for a group of random songs at a bon fire!  Next time, I think I'll learn some better ones ahead of time to actually SING along with everyone! 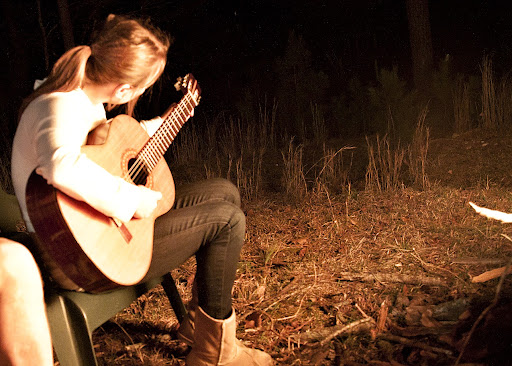 Sunday was another beautiful day!!  We lounged in the sun soaking up that vitamin D!  Then did a little BB gun shooting.  I think Landon was in HEAVEN!!! 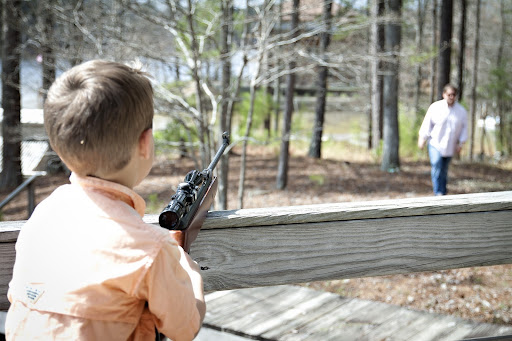 A little help from Uncle Walton - the scope was a little tricky. 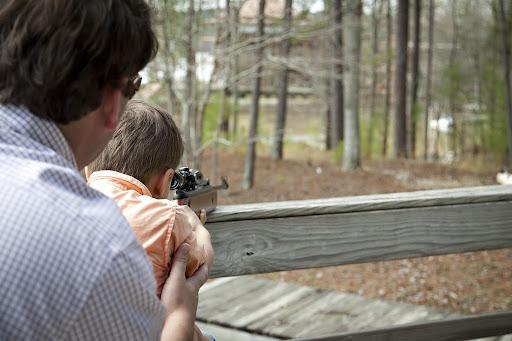 Of course, Robert had to give it a try.  Though, something tells me the can wasn't quite that high up in the trees.  I have NO idea what he could be aiming at.  ;-) 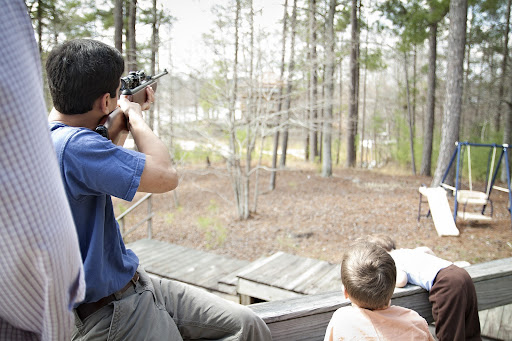 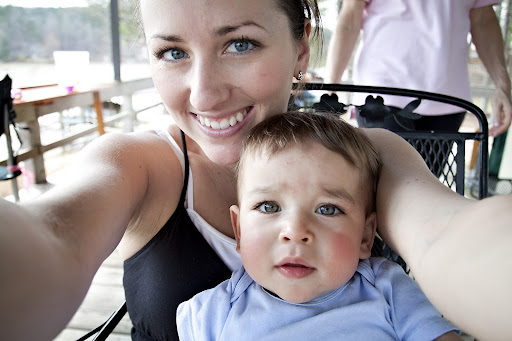 We all played around a little bit more and then headed home around 5:00. Where there was STILL so much sunlight!  We are loving the time change - a little hard getting up in the morning, but still...it's nice! 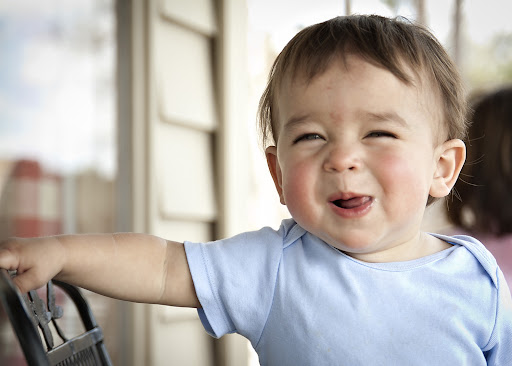 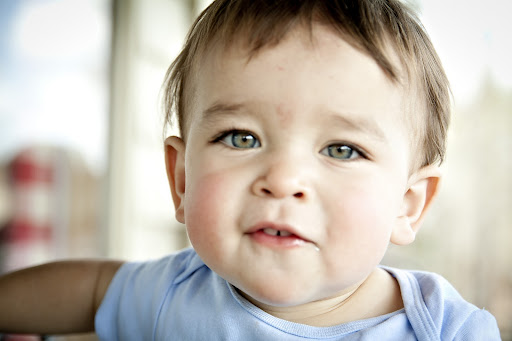 Now that we were home, I had to come up with stuff to do during the week! Luckily lots of places around here are having Spring Break stuff go on!

And then we revisited a VERY fun place. I'll tell you about that later!!!
Published by Ole Miss Mom