On the Tuesday of our Spring break, I decided to revisit a special park.  Well, I think it's special.  I think I would have LOVED this park as a kid!!  It has 26 foot towers!!  Whoa!

I like to save this park for special occasions!  Don't want it's funness to wear off! 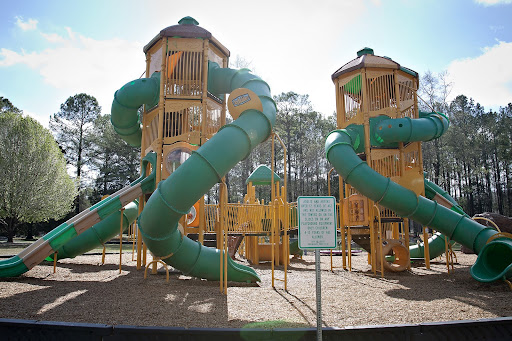 At first, I wasn't sure about Rhodes.  I know he's crazy and fearless when it comes to parks, but this one is, you know, different.

But who was I kidding. 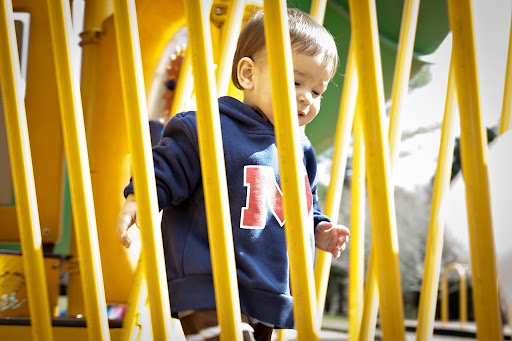 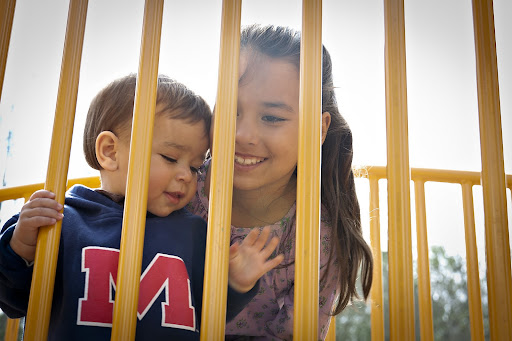 He wasn't going to miss out on the fun.  At first he started going down them feet first on his tummy.  He decided to shake things up after he got comfortable with the GINORMOUS slides. 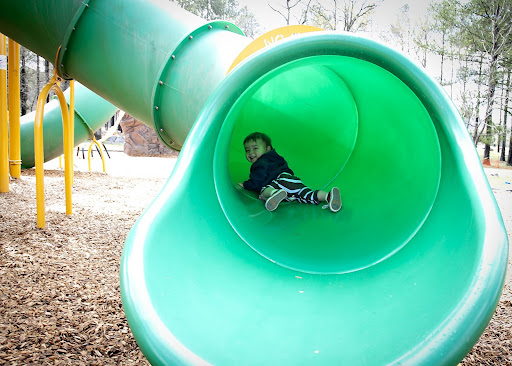 There was also a rock wall.  They did it once, but that's all.  Still fun and different. 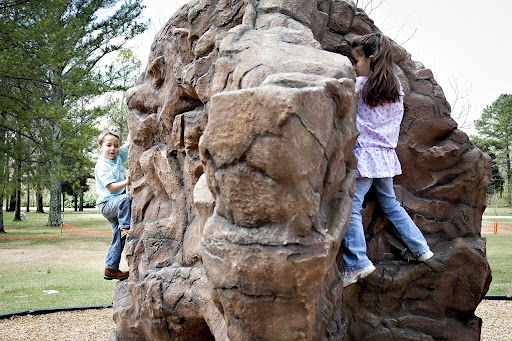 The merry-go-round was a big hit.  This was actually the thing that made me the most nervous with Rhodes.  He didn't want to hold on and the centripetal force would just roll him to the outer edge. 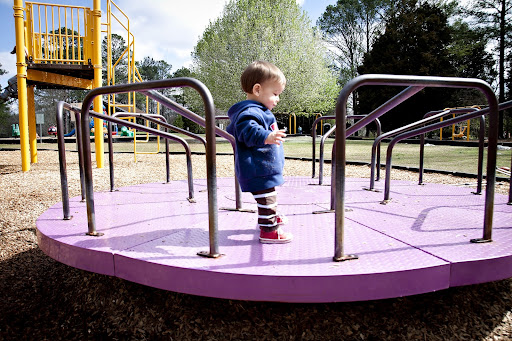 Even though Olivia's face says something different, they DID enjoy the catapillar. 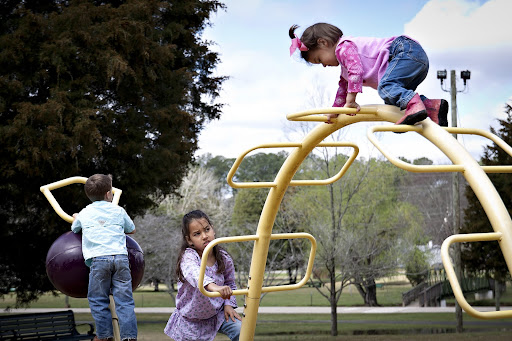 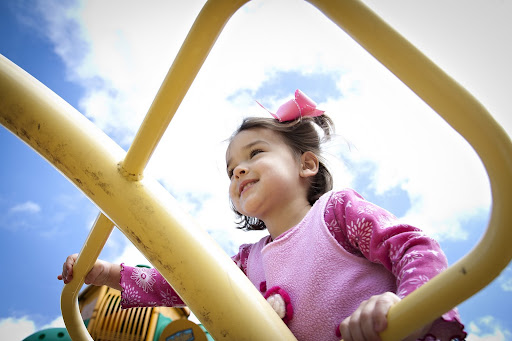 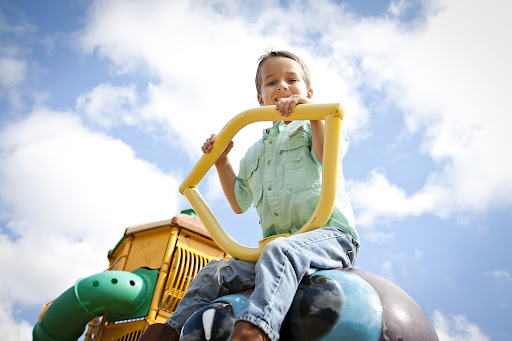 Again on the merry-go-round.  This time with Big Brother holding on. 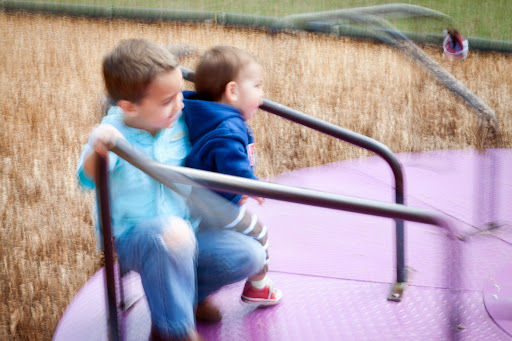 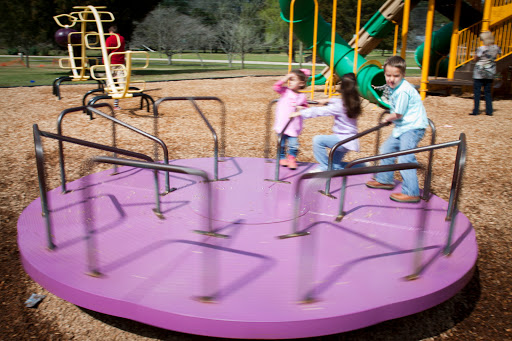 So after Rhodes was used to the slides, he decided it would be fun to ride down them HEAD FIRST on his tummy.  Crazy boy! 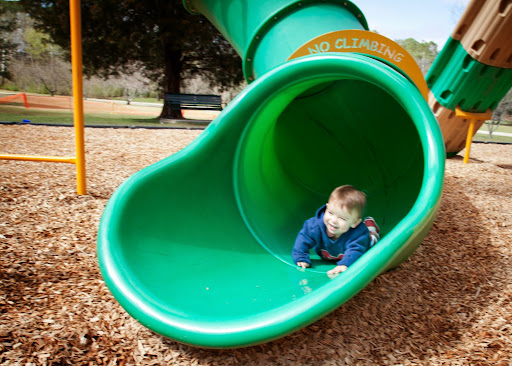 Let me remind you what this slide looks like.  Yeah, that top one!

And there he goes again! 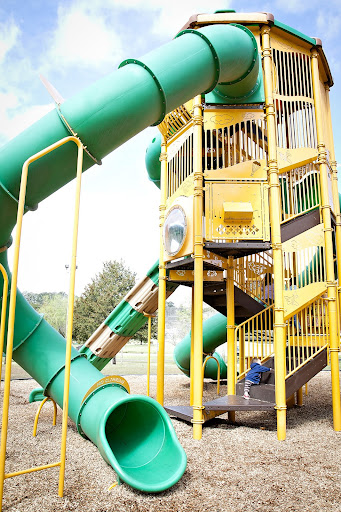 All that sliding is exhausting! 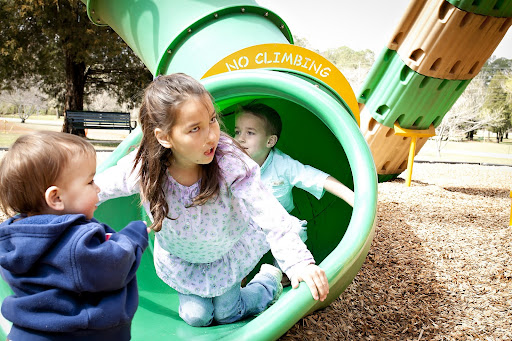 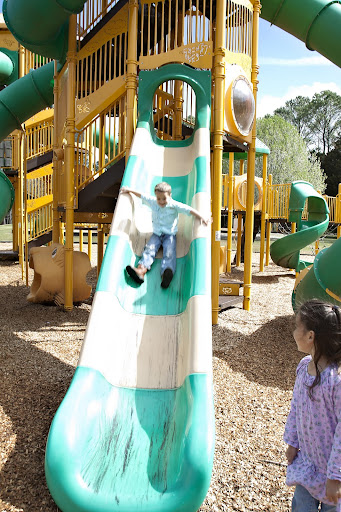 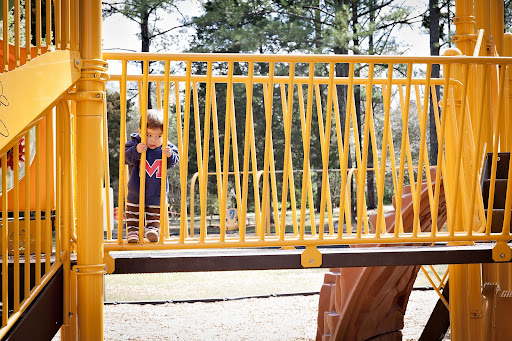 Did you have fun Rhodesie Boy? 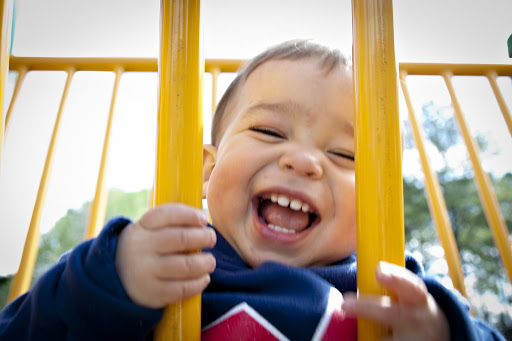 Then our friends showed up and it was A LOT more fun!!!! 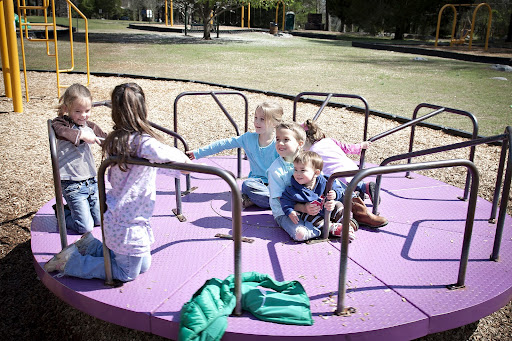