The other day, we had a Christmas pancake breakfast with my Grandparents and all the great grand kid cousins! It was so cute and fun, not to mention YUMMY!

When I was back in one of the bedrooms watching the kids play, I noticed a few old pictures. I assumed they were my great grandparents.  I snapped a few pictures off of the old photos.  I think it's fun to look back at photos to see if anyone in the family resembles them now!

But just to make sure, I asked Mimi to come and tell me who everyone was.


My grandfather (Poppop) as a baby! 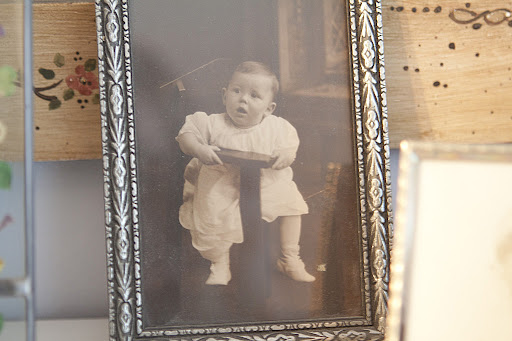 Poppop as a young boy!  I feel like I see some of my cousins in the picture. 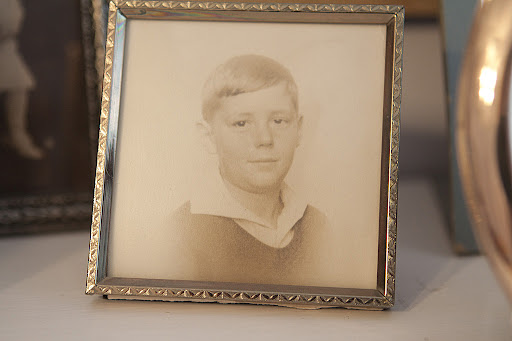 Mimi and Poppop on their honeymoon! 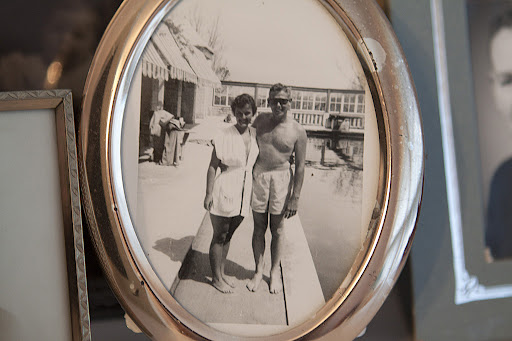 Poppop (not sure how old) and my Dad.  I'm guessing this is soon after he officially became a doctor! 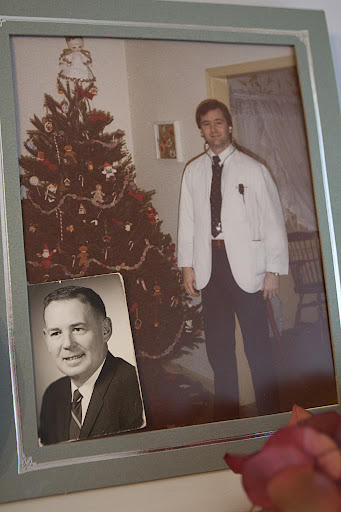 Then we came to this last one.  I asked her if this was her father (on the right).  I didn't recognize him right off the bat.  (Obviously that's my dad on the left) 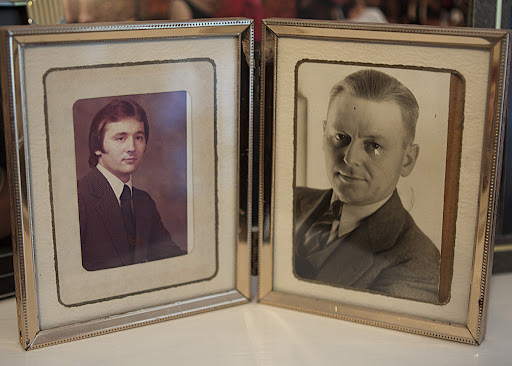 And what she said next surprised me and blessed me.

The she said that when her father was in his 80's, she felt the Lord telling her to go and forgive him.  She went to him and said that she forgave him and that she loved him.  He responded saying that he loved her even more for doing what she just did.

But Mimi said she really regretted holding onto that for so long.  She said she missed out on a lot of good years with him for one little thing in their past.

She also said that when she did that, she had such PEACE!  (And I bet she slept better that night too).

I've had experience with reconciling before. Reconciling is not RESOLVING the conflict.  It's telling the person "it's done".  Bringing the balance to zero.  Just as Christ did for us.  Forgiveness is more for the person who is chosing to forgive, rather than for the person they are forgiving.

Peace is not the absence of something (like conflict).  It is the PRESENCE of SOMEONE - JESUS!

Mimi felt the presence of Jesus, responded, and had immediate PEACE!!!!

Isaiah 32:17 "The fruit of that righteousness will be peace; its effect will be quietness and confidence forever."

I hope during this busy holiday season, that you experience some sort of peace.  The kind of peace that passes all understanding!


"Glory to God in the highest heaven, and on earth peace to those on whom his favor rests."
Luke 2:14
Published by Ole Miss Mom