For Mimi and Poppy!

The kids received a Toys R Us gift card from their grandparents! They were SOOOO excited to go shopping with their "credit card" and other birthday dollars!

So we headed to Toys R Us and wandered around until they decided on just what they wanted! It was pretty cute to see them wander the aisles knowing they could pick out almost anything they wanted!

A little Barbie cafe system and some food! 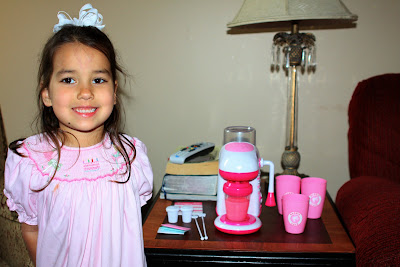 Landon took a little longer. He couldn't decide between some cool helicopters or dumptrucks and army man getup!

He went with the army man getup! He loves his camo! Wears it every day! :-) 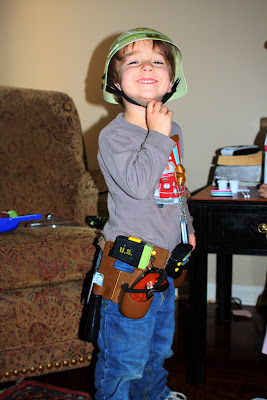 Then later on that night, we had some friends and family over for cake and hamburgers!! :-) And to think, we're still not done celebrating their birthdays! :-) 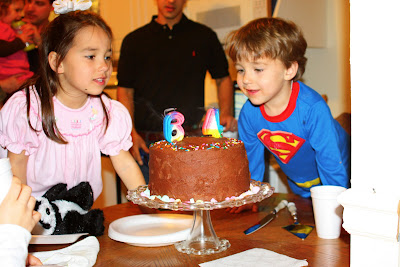