Circus For Their Birthdays!

Some of you may or may not know that Olivia and Landon's birthdays are a day apart. So it's pretty easy to combine birthday celebrations. We tend to do things a little unconventional for their birthdays. Call me crazy, whatever. But we don't throw big huge, spend-lots-of-$$-parties for our kids. Don't get me wrong, we love going to all the other big parties. We just have a hard time justifying doing them for us. We are more of a family oriented birthday celebration people. Spend time making the memories together - the quality time that means so much to them. We have plenty of other times to spend with our friends. We still do cake and ice cream, etc, etc. It's just done with those closest to us (and that doesn't always exclude friends either!).

Anyways, this year, one of the things we're doing for their birthdays is taking them to the circus! (We're also going to go for a weekend trip to the Tennesse aquarium!! But that's later!) I've been wanting to do this for a while. We were just waiting until they were a little older....so they'd actually remember us taking them! It was so much fun. Robert has never been, and I was 2 the last time I went. So we were all very excited. Our seats were about 11 or 12 rows up. I thought the view was perfect from where we were!

I packed goody bags so that we wouldn't have to pay the OUTRAGEOUS prices for food/candy/toys there. And the kids surprisingly didn't bug us about getting one. We weren't going to take Lillian, but we were going to a Super Bowl party afterwards and it just made sense to bring her. Plus she was free. :-)

Here are some highlights from the night. Not the greatest pictures....indoors, low lights is not the best for pics! And the flash wouldn't reach so I had to turn it off. But you can still see what's going on! 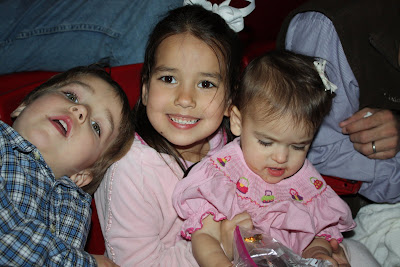 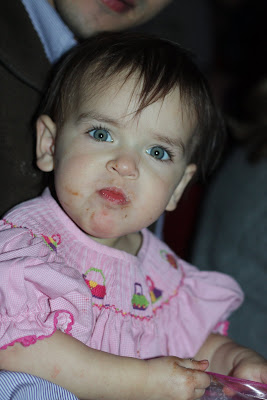 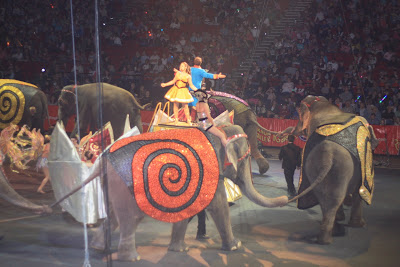 I just loved how the elephants held on to each other's tails! So cute! 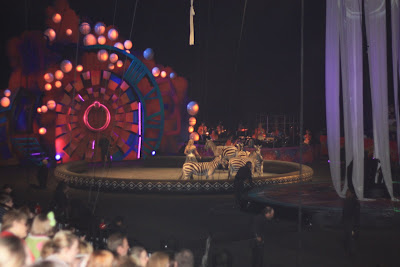 They had trained zebras! Crazy. They are not exactly like horses....so I was surprised to see them so well trained! 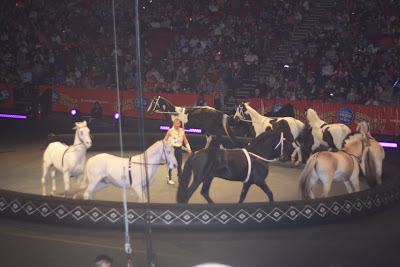 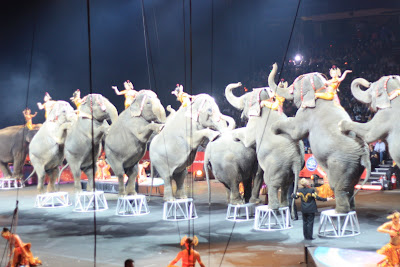 I loved the elephants! 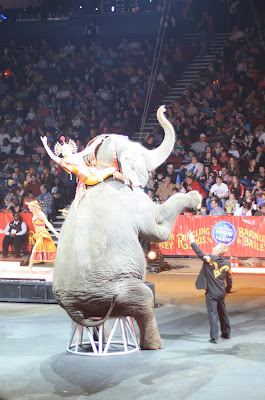 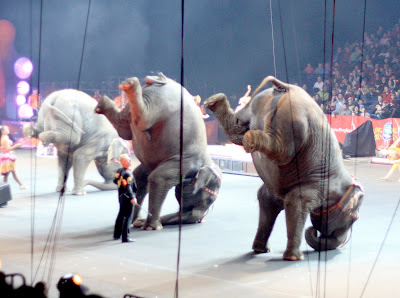 They're on their heads!!! How in the world did they teach them that?? 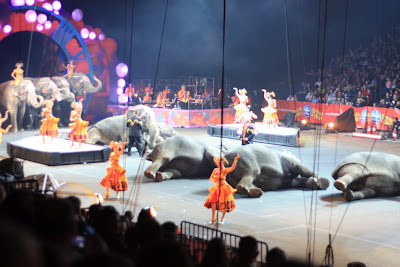 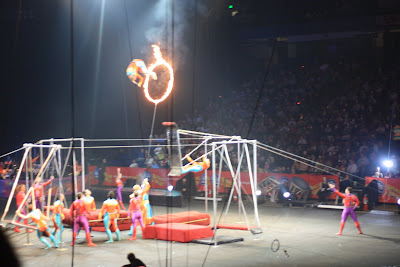 Jumping through fire. One of the acrobats, fell pretty bad. Wasn't hurt, but ended up rolling off the swing and several feet away on the floor. Yikes! 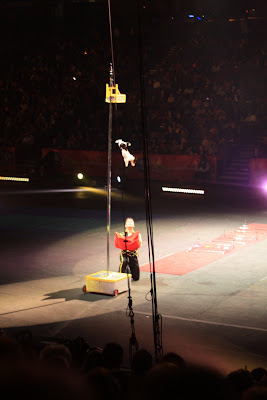 The dogs were so cute. This one little dog jumped from way up high.


And then the tigers!! Landon coudn't wait for them. It was pretty cool. You coudn't pay me to get in a cage with 10 or so tigers! They were growling and swatting at him too!!! 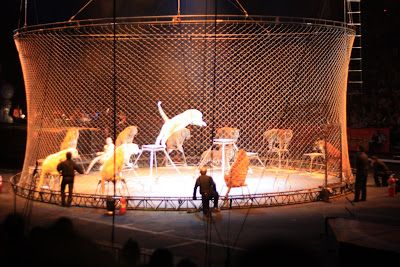 Here's a little video of one of the tigers not obeying - though I'm pretty sure it was on purpose.

At the end, he slapped the tiger on the bottom!! Ummmm....I'm just not sure I'd be slapping any tigers' bottoms...maybe that's just me.


There were lot of magic tricks. Of course, the whole time I'm trying to figure them out. Most of which I could - at least I had my theories. But there were 2 tricks that I really got me.

At the beginning of the show, they brought an elephant out on a little pully-cart thing. And made him disappear. Seriously, where did the elephant go.

And right before the tigers came out, there was a man (walkin' around) in a glass case that they hoisted up into the air. They dropped the curtains down, and 2 seconds later, when the curtains disappeared....there was a tiger. Crazy! I may have to google it or something. It really stumped me.

So, does anyone know how they do that??
Published by Ole Miss Mom