We were on the water at lot at the lake! It's nice having so many people who want to get pulled behind the boat! Makes for great long boat rides around the lake!!!

Olivia got all brave on us and decided she could be pulled up behind the boat with the rope attached to the boat (and not the skis too) and then WAVE at us.  While skiing one handed.  Big deal in the world of 7 year olds. :-) 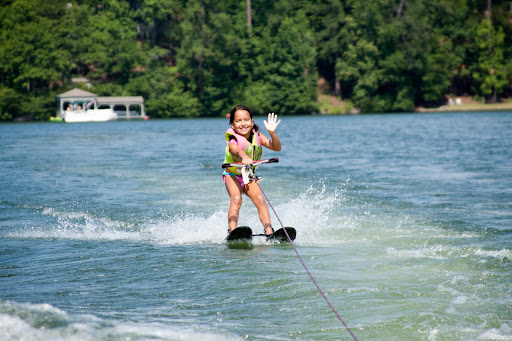 Another big deal at the lake was that Lillian actually asked to tube.  And then participated for more than 1.2 seconds!  She LOVED it.  And even let Olivia get a little dare devilish. 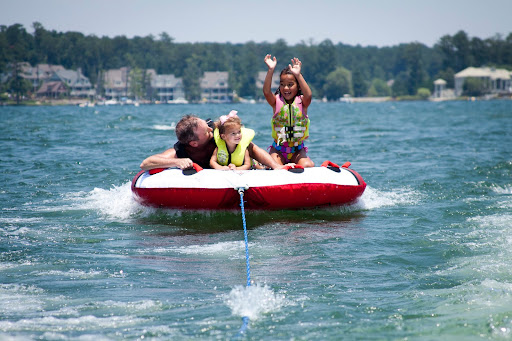 But we were so proud of her for going as long as she did!! 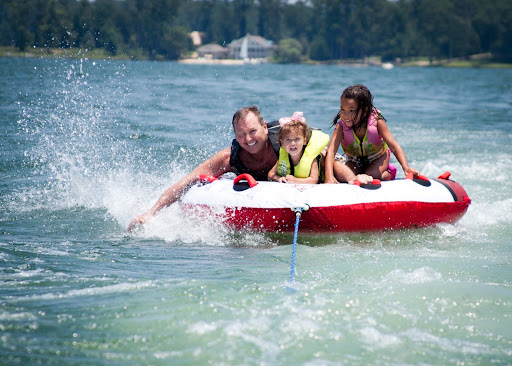 My awesome cousin Jonathan took the kids on quite a few sea doo rides!  They LOVED it!  Thanks Jon Jon! ;-) I particularly enjoyed the hair do after wards.  Pauly D anyone?!? 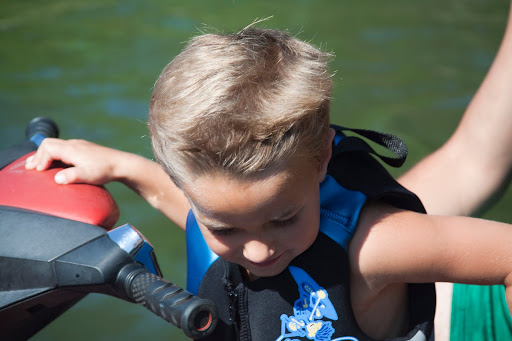 My sis captured a few shot of the kids tubing together!  I'm so glad they like it!! 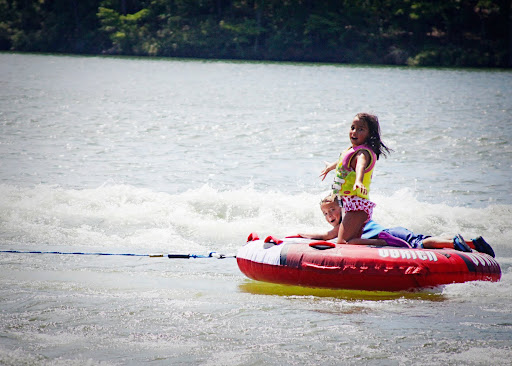 Cousin Keith taking BOTH the kids out for a ride!! 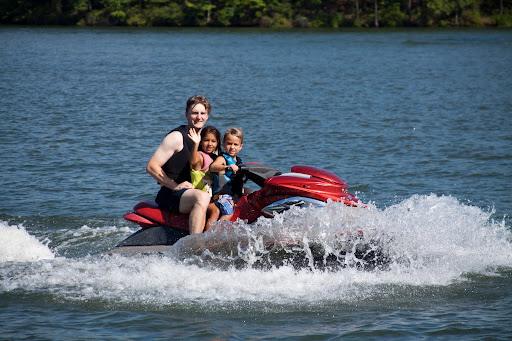 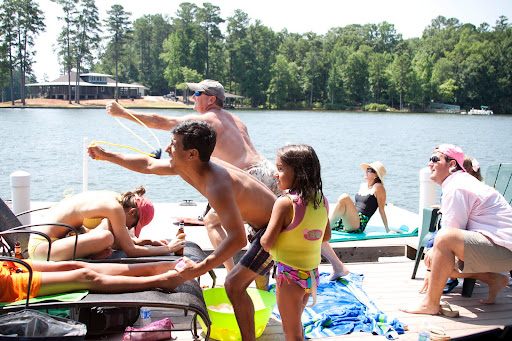 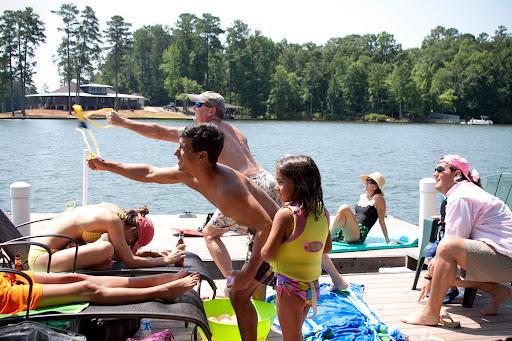 And last, but certainly not least, Robert was able to wake board a whole bunch!  And practice all his fancy moves!!! 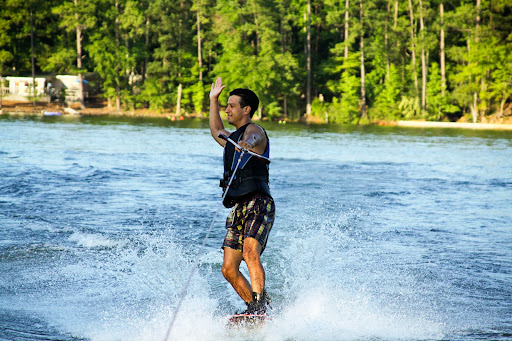 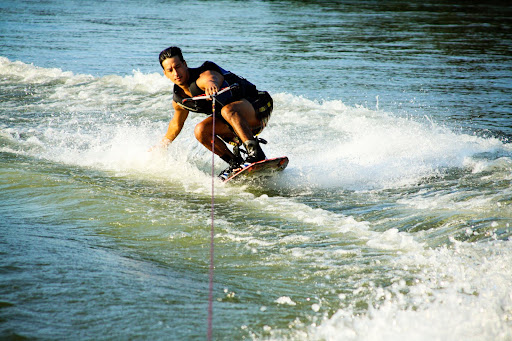 Taking the fin off is supposed to help him do a 360 degree turn while still being pulled! 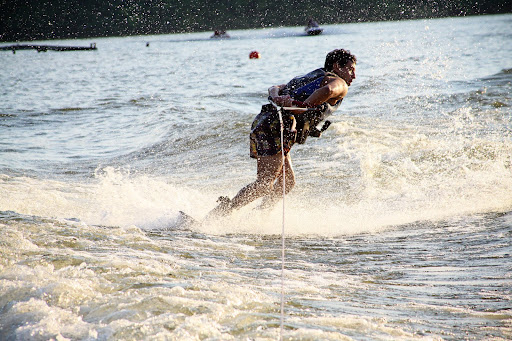 Lacey (my little photography apprentice in training, who also took this picture) named this shot "Walking on Water". 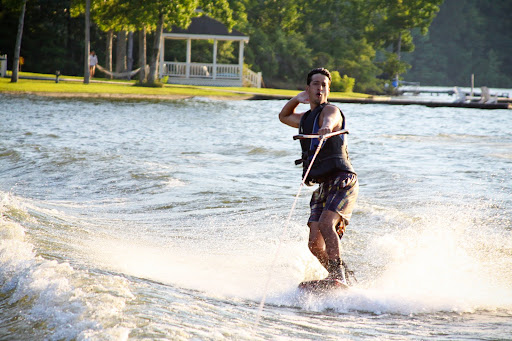