Only Robert and Shutter Speed

Only Robert would think of fishing like this.  And catch something. 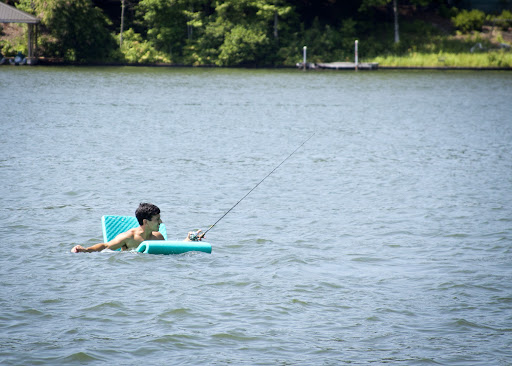 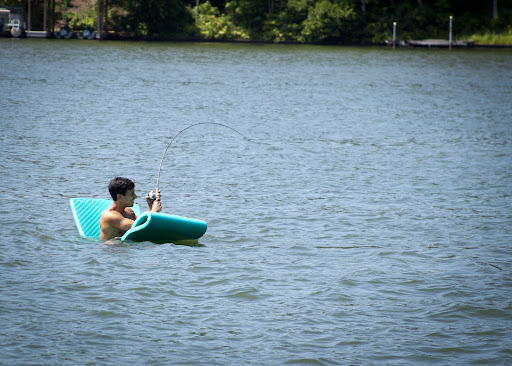 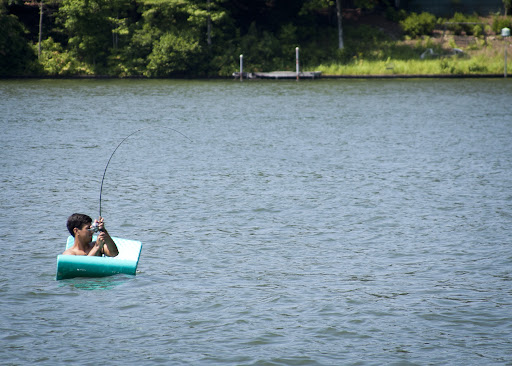 ISO 200 f/5.6 SS1/1250
I shot all these in Manual mode and RAW on my camera, processed them in Camera Raw, and didn't run any actions in Photoshop.

The reason I varied shutter speeds in each picture was so that I could get the shadows off of Robert's face.  In the first picture, my camera meter was probably telling me that I was over exposing the picture an entire stop (probably reading around +1 or more)  But in bright broad sunlight, if you meter it at '0' then you most of the time you will end up with lots of shadows.  With the bright sun and light reflecting off the water, it tends to confuse the camera sensor.  So you have to manually manipulate it.

I overexpose a lot of my images that are taken in broad daylight in order to lessen some of the shadows that can come with such harsh lighting.  Then you can boost contrast a bit to less the "blown out" portions of the photo.  Of course, sometimes I like the blown out look.  But everyone's different!

There could be some much fancier ways to meter photos in broad daylight, but this technique seems to work for me! :-)


Anyone have any other tips to shooting in  harsh, broad daylight????  'Cause I'm all ears!  Always eager to learn!


For the record, Robert wasn't technically fishing like this.  His rod was caught and was trying to get it uncaught.  If that's a word.  BUT, this is something that he would do.  :-)
Published by Ole Miss Mom