My Recap of This Week

First, THANK YOU for all the kind words all of you have said over the past few days. I have gotten a shocking number of hits on the blog and many comments, texts, phone calls and emails. I wish I had more hours in the day to respond to all of them personally. But truth be known, I'm trying to not be on the computer when the kids are around. And talking on the phone is likely to be interrupted. My biggest fear in this transition is someone getting lost in the shuffle. But everyone seems pretty good so far.

This week has been such a whirlwind of excitement. It's weird because you wait and wait for so long for "this day" to come and when if finally does, it's very surreal. Add in the element of surprise and it gets even more exciting! 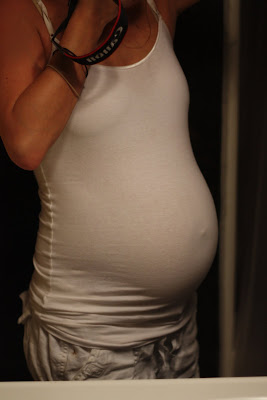 Last belly shot. My circumference was 37.5". It's kinda tradition to measure my belly. :-)
I gonna try and put some thoughts down about the past few days since Rhodes' birth.

At Rhodes' birth, my sister was in the delivery room - mainly to get pictures. At one point we had to kindly ask her to remove her bottom from the back corner of the room so that we could get a picture of at least the side (and not back) of our heads. She was a trooper and got some sweet pictures and videos. 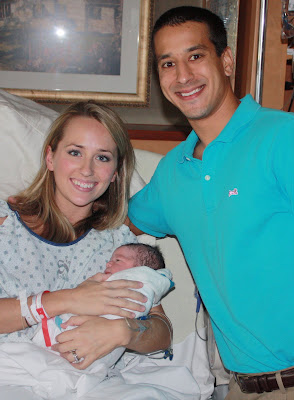 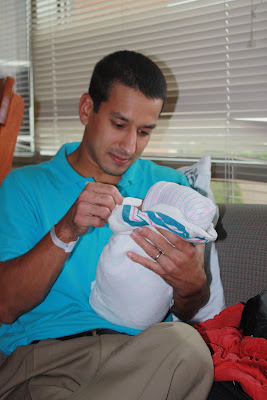 He was born at 11:45 and nursed like a champ! The then the kids arrived at the hospital (not knowing what it was a BOY) around 12:30 or so. We let them come and look at the baby and asked them what they thought it was. Landon said, "I know it's a boy!" Olivia agreed. Lillian echoed that! :-) And they were RIGHT! 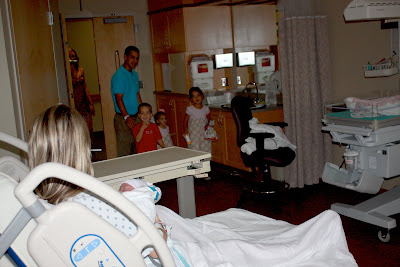 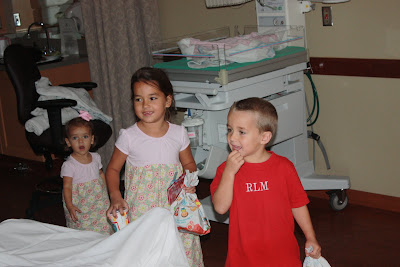 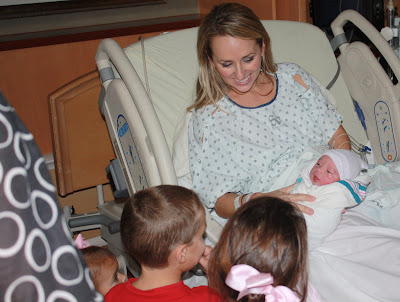 Then we all climbed in bed for pictures. Olivia couldn't WAIT to get her hands on him. Landon asked to hold him for a minute and then that was it. Lillian picked her nose, wiped it on me and then went and ate her french fries. She also said, "Hello Rhodes, what's up" a couple of times in her little girl voice. It was pretty cute - we have it on video. 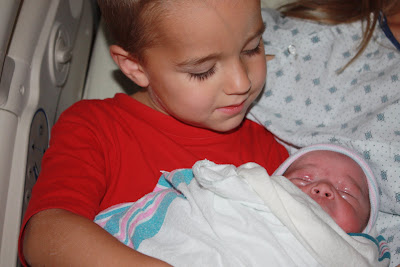 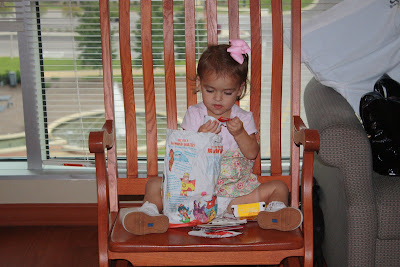 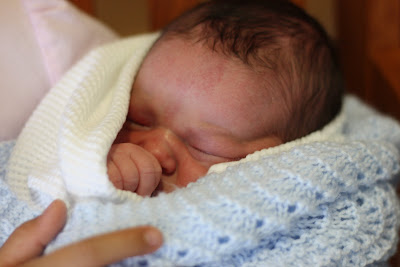 They all got to watch him get a bath. Which sparked LOTS of fun little kid questions. The nurses handled the questions great and the kids just giggled a lot. Olivia got to put the lotion on and Landon loved it that Rhodes would squeeze his finger. 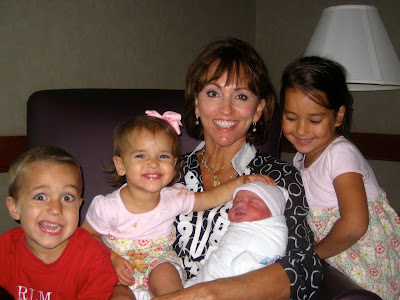 After a bit, Landon and Lillian went back to take naps. Olivia stayed up with us and just loved on her new brother.

The first night went very well in the hospital. He's much more "chill" than Lillian was - and the nurses agreed saying he just 'hung out' in the nursery like a good boy. Lillian was just loud and feisty from the start - and the nurses warned me. He (so far) seems to cry (more like grunt) when there's a reason. Again, unlike Lillian. :-)

We got home a little after 24 hours. I know, I know. Call me crazy but I just couldn't stay there any longer. Now, with Olivia, I didn't want to leave. But I kind know what I'm doing now and just wanted to be in my own house. My body has very little to recover from so I feel very good. 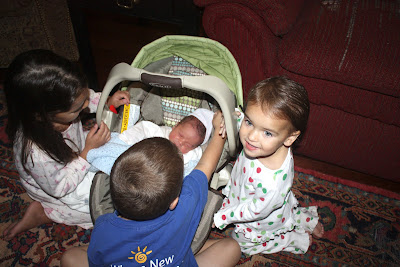 The first night home was to be expected. Rhodes did his job and brought my milk in - all.night.long! So I think he's feeling fat and happy after feedings now.

Olivia and Landon enjoy taking turns holding him. Olivia keeps saying how she wants to walk around and hold him. It just kills her she can't treat him like I treat him. I told her when he's older she can. But she is so good with him and keeps him nice and snug when she has him. Rhodes is also a great motivational tool in the morning. I tell her she can't hold him until she is completely ready for school. And then she does everything in like 2.8 seconds. :-)

Landon is the one I'm worried about in this whole transition. He's doing great but I can see him holding it in. We are just picking our battles with him. But I know it will take some time. My mom had him the other day and said that he seemed to be "over" everyone asking him about the baby. And I think he was a little emotional at school the day after Rhodes was born. He said he missed me. But Robert has been great and played and played with him outside. They have played every sport in the yard hoping to fill up his little "love tank". :-)

Lillian is doing better that I expected - so far. She's more interested in the vibrating bouncy seat - trying to sit in it herself. And putting all her baby dolls in the swing. She asks about Rhodes right when she wakes up every morning. So she's definitely aware he's here to stay now.


BUT, the REAL hero around here has been Robert!


Robert has been SUPER HUSBAND!!! I mean seriously he has kicked it into overdrive! He has driven carpool, put in ponytails, changed diapers, ran laundry, picked up things from the store and kept Rhodes while I slept! AND EVEN WORKED FROM HOME - on his accounting consulting!!! I would be lost without him! We had kids going in every direction when we were in the hospital and he kept up with all of them! He did some serious multi-tasking!

I'm glad it's Friday and looking forward to a nice weekend at home with the family. Who knows, maybe we'll even be brave and venture out a little! :-)
Published by Ole Miss Mom