I Have Some BRAVE Kiddos

It was yet another lake weekend last weekend.  It's just too darn hot not to be somewhere close to or in water.  We started the day with Donuts.  We get a 50% discount because Robert does their accounting.  LOVE the perks of some of his jobs!! 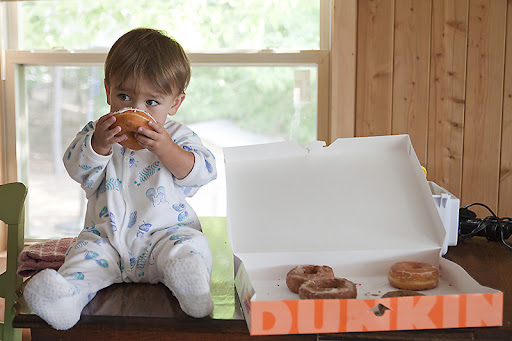 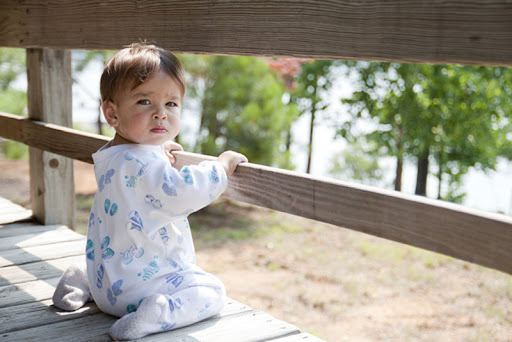 There was also a good bit of work done that weekend.  And it involved 4-wheelers, MACK trucks, and fork lifts.  Pretty much heaven on earth for the kids. 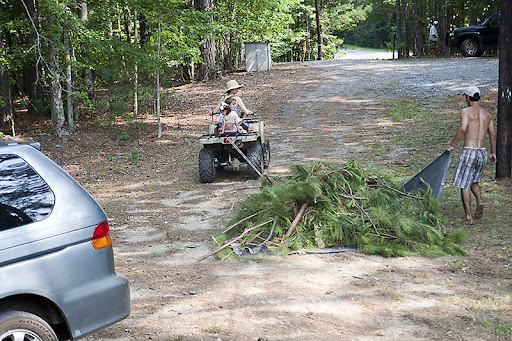 But then on Sunday, we decided to make the trek to Chimney Rock.  The kids jumped off of a small (if you call 10+ feet small) rock at the end of last year and have been DYING to go back again.  So Olivia and Landon jumped off the little rock a few times. 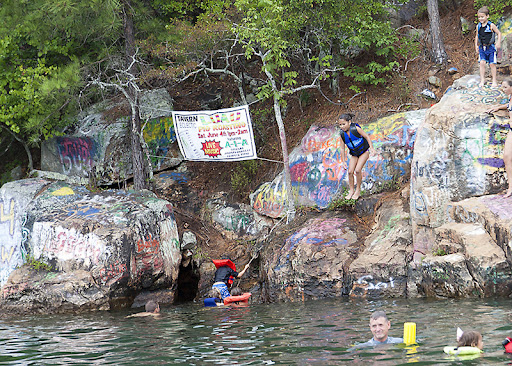 Lillian and Robert bobbed in the water.  But then she convinced him to take her up!!  What!?!?  She won't even tube! 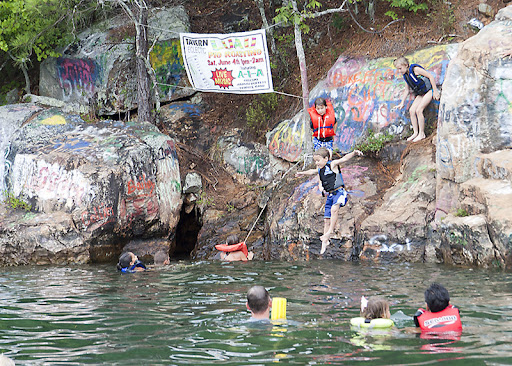 So there they went!  I didn't know how this would turn out! 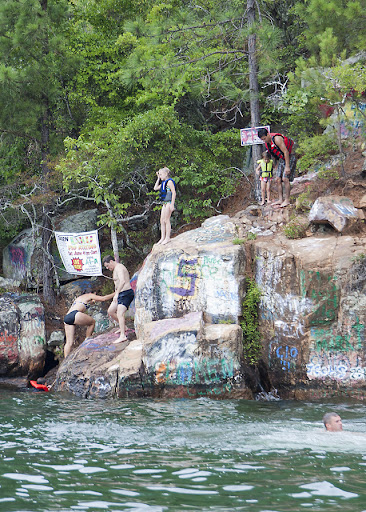 So while they were having a pep talk (she's in the neon yellow life jacket and Robert in the red), Olivia and Landon ventured across the rock to another place to jump.  Again, shocking the ever living daylights out of their mom.  Wasn't it just the beginning of last summer Landon wouldn't even get IN the water OR tube??

And there he goes leading the way. 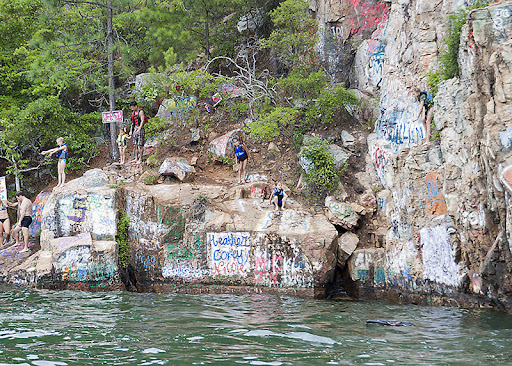 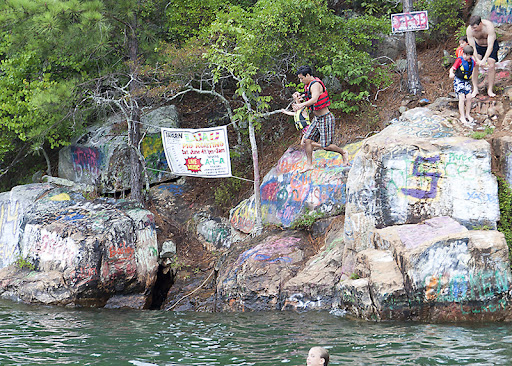 Look at her go!  I was SOOOO proud of her.  I don't know many other 3 year olds that would attempt that! 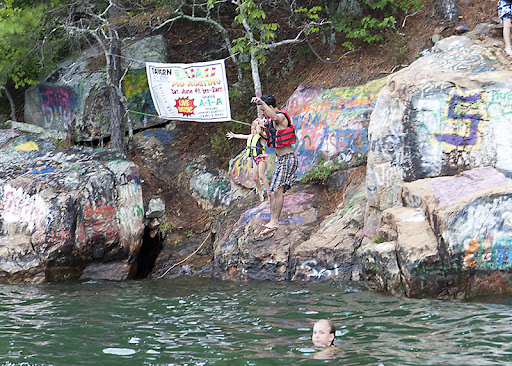 Then there was Olivia and Landon on the second place to jump. 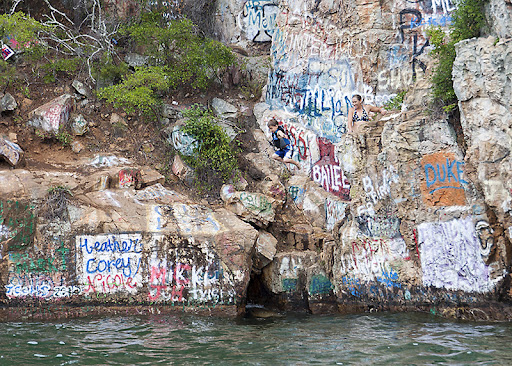 Then Olivia took it even further (with apparent approval from her father, because I was clearly not asked - I probably would have said no) to go up even FURTHER!!! 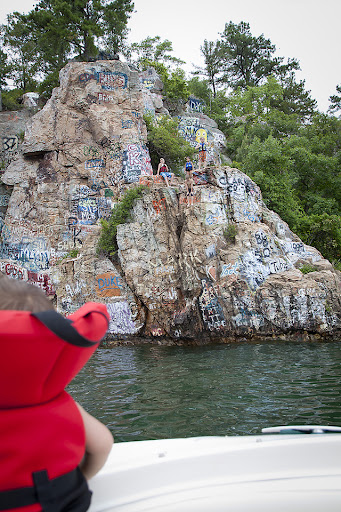 We're talking like 20 feet or so!  She had to ask one of the little boys (who wouldn't go) to move so she could go!  HAHA!  So proud of Olivia!  She made one little squeak as she went down but didn't hesitate at all! 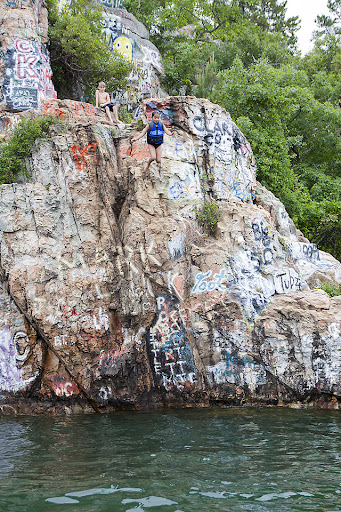 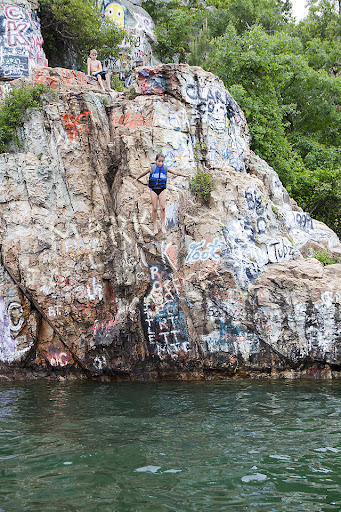 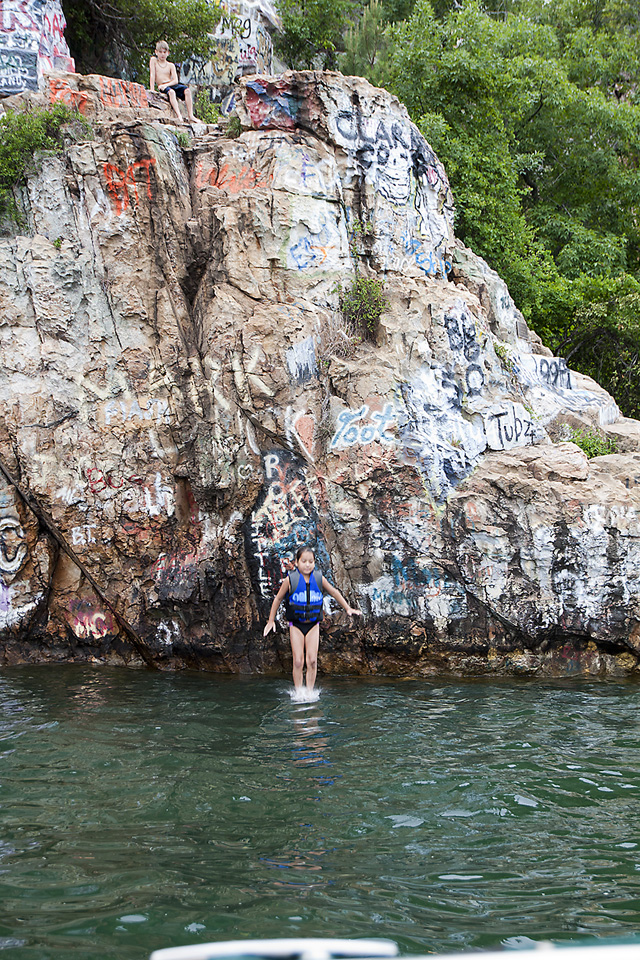