Playin' With The REAL Baseball Players!

We had the opportunity through our baseball league to have a day at the ballpark with the Birmingham Barons.  They kids would be able to go onto the field with the players before the game and run little drills....throwing, pitching, and catching.

We all packed up after church and headed down to the stadium.  Landon and a few of his baseball buddies got to throw and catch with the players!!  They.Had.A.Blast. 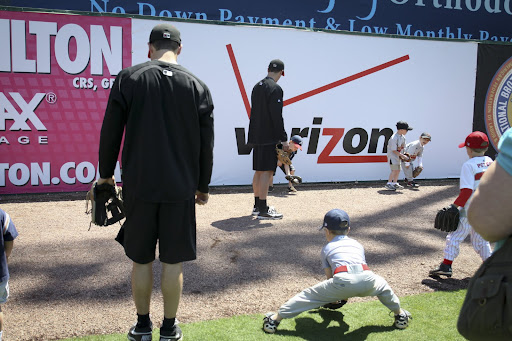 They warmed up with them, stretched with them and gave them tips on catching the ball. 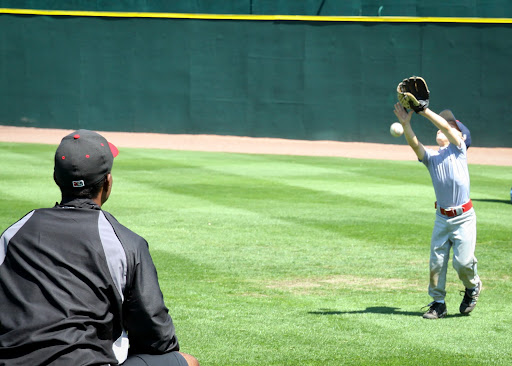 The other kids literally ran free on the field.  It was perfect!  We kept throwing a ball for Rhodes, Lillian, and Olivia to keep chasing! 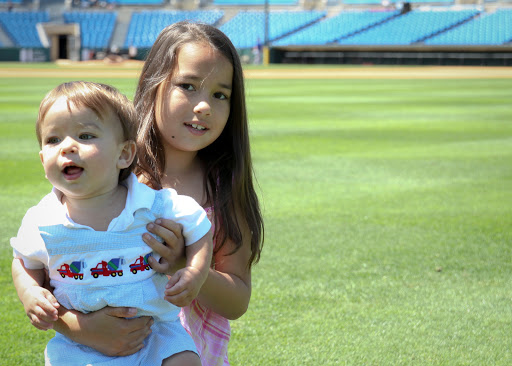 Pretty cool.  Can you spot who is who out there? 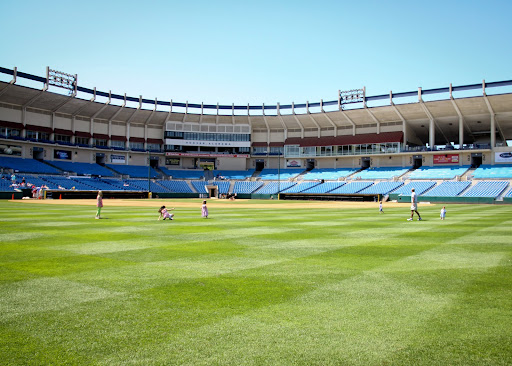 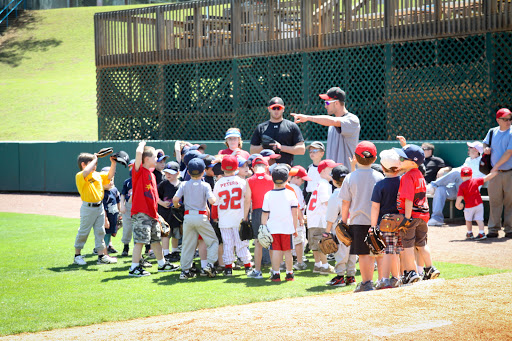 Landon's first time up on the pitching mound he threw a hard ball that caught 3 of the players' eyes and they commented on how good a throw it was!  I was proud to claim him! ;-) 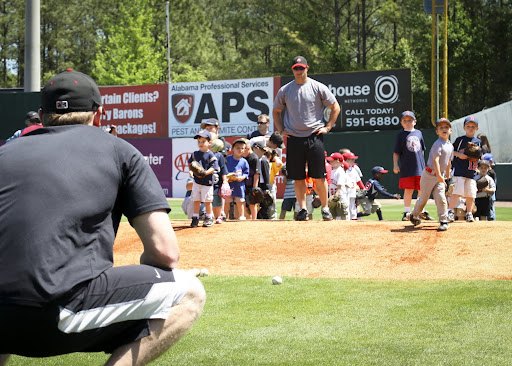 Then we stayed and watched them warm up before the game. 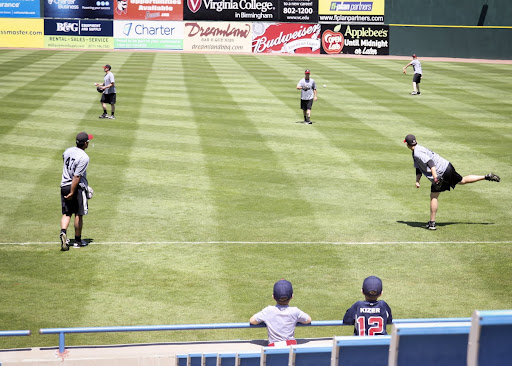 If you wondering why there have been hardly any pictures of Olivia lately, this is why.  She won't let me take any! 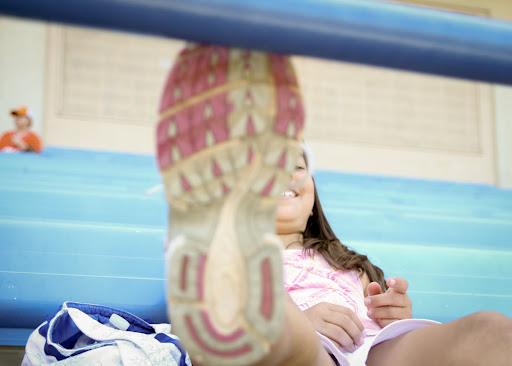 Rhodesie boy was in HEAVEN!  Trying to go and get the ball.  Trying on all of Landon's baseball things and running his little heart out until he was flat worn out!

Then the players were all suited up! 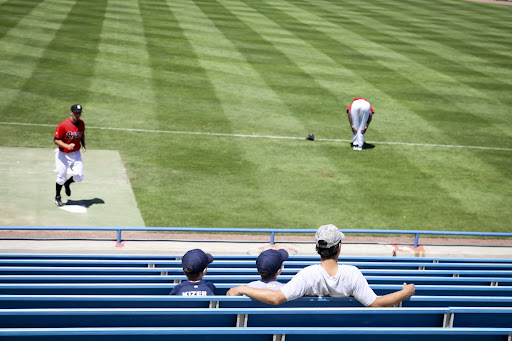 Landon even got his gloved signed by one of the players!!!  I think they realized it was pretty cool talking to a "real baseball player"!!!! 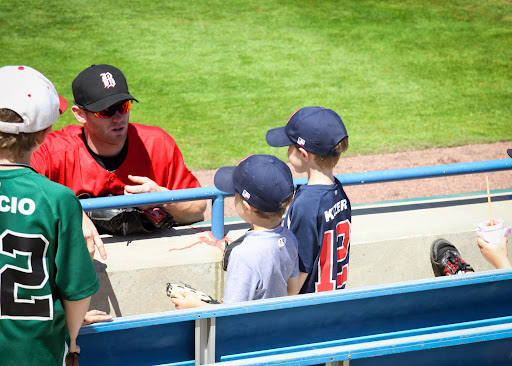 We will definitely be hitting up another game!  The day was absolutely perfect and beautiful!  And hopefully Landon was able to understand the game and learn some things too!!!
Published by Ole Miss Mom