Anyone Still With Me??

WOW!!!  It's been a while.  Hello again!
We just got back from yet ANOTHER fun weekend at the lake with friends!!!  We're trying to make the most of the last few days of our summer!!!!!  Two more days until school starts!!!
This weekend was filled with several "firsts" at the lake. 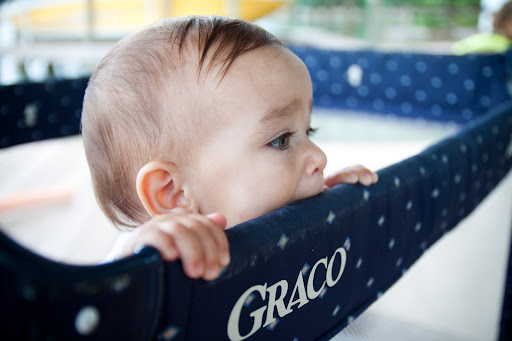 Well, not with Rhodesie baby...he was GREAT all weekend long! 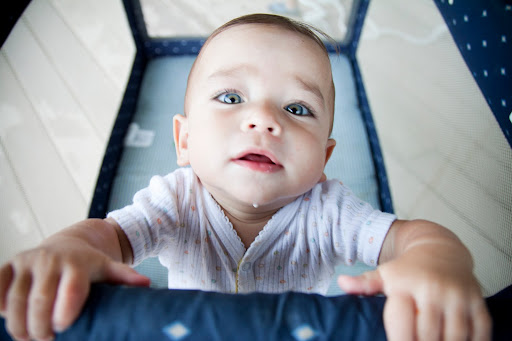 We  hooked up both tubes behind the boat...and TUBED THE KIDS TO DEATH! 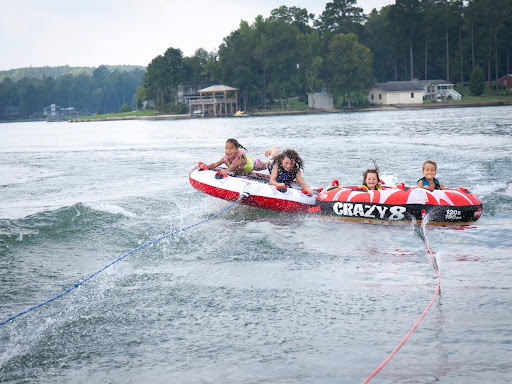 I think they all have battle wounds to prove it too!  Either from holding on so tight, or the tube rubbing them!  But they were all smiles (most of the time) out there on the water! 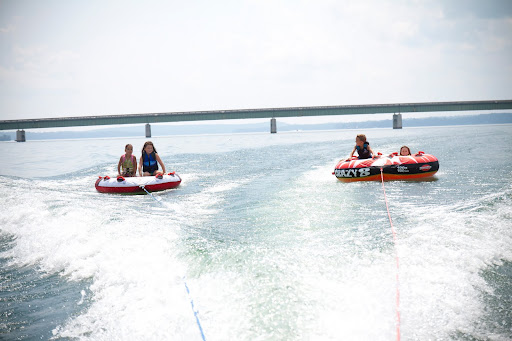 Rhodes taking his morning nap on the boat - under the towel. 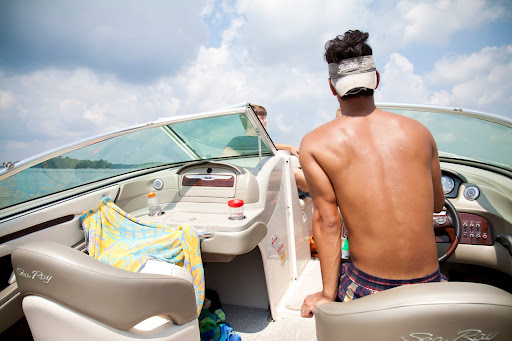 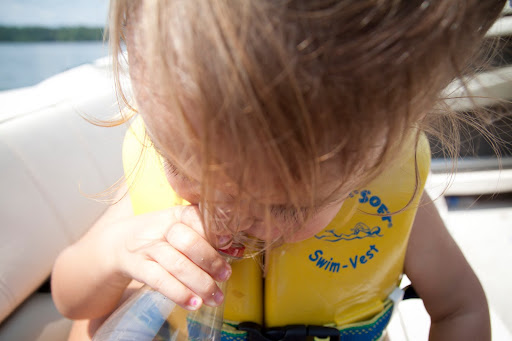 We even broke out some bubbles!!!  Robert tested it for everyone. :-) 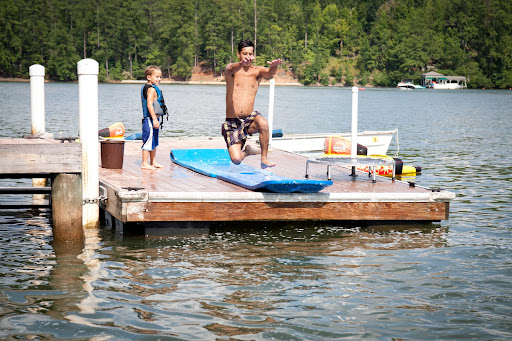 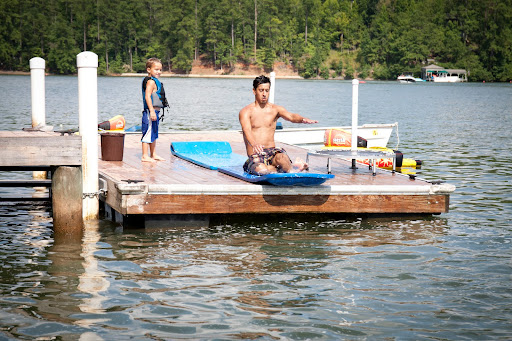 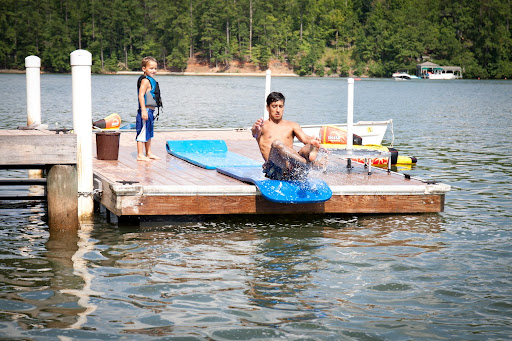 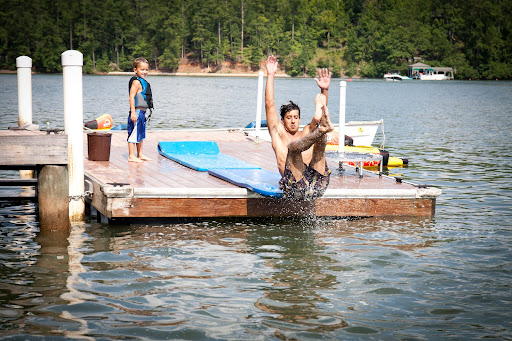 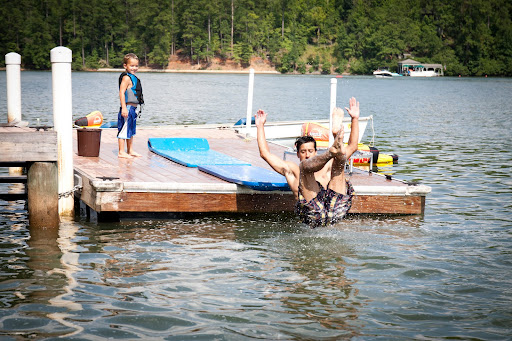 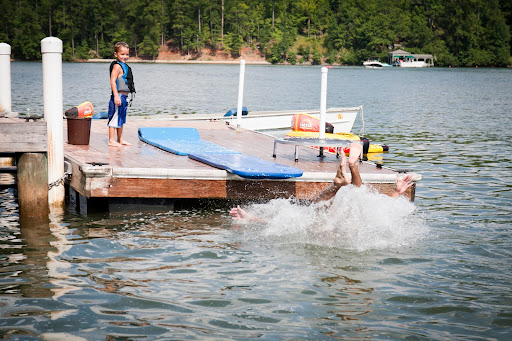 One thing the kids have been begging to do at the lake is stop at this little island in the middle of the lake - Sand Island - and take a dip!  We put it off as long as we could but it may be a regular stop from now on. 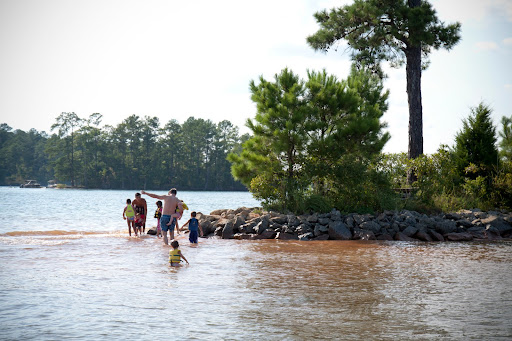 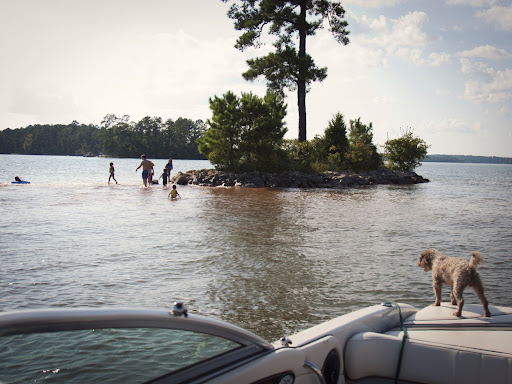 I let my babies jump off of Chimney Rock.

Robert was proud I loosened up a bit.  But I just can't help it.  I've heard so many stories of people dying or becoming paralyzed from jumping from the rocks.  Of course, they're jumping off the 40+ foot rock.  Which I have done, but will do everything in my power to keep my own kiddos from doing the same stupid thing I did.  Even though I loved it.  :-) 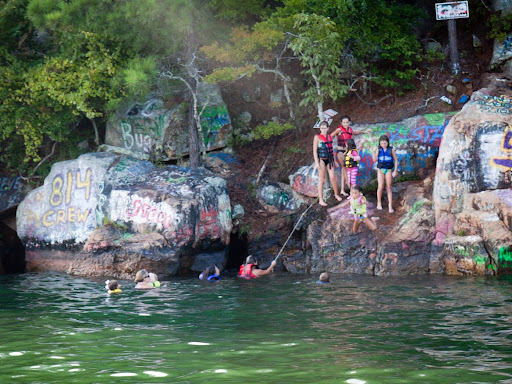 Then I decided to go off the "small rock".  Wasn't quite thrilling enough.  ;-)  Fun though. 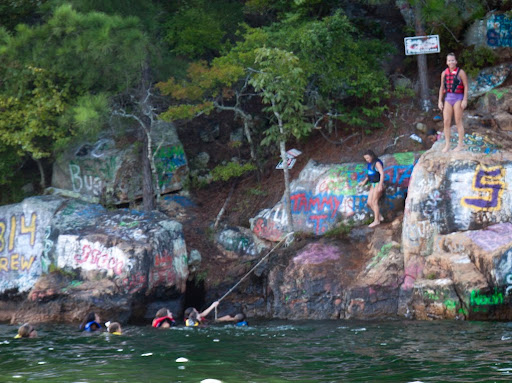 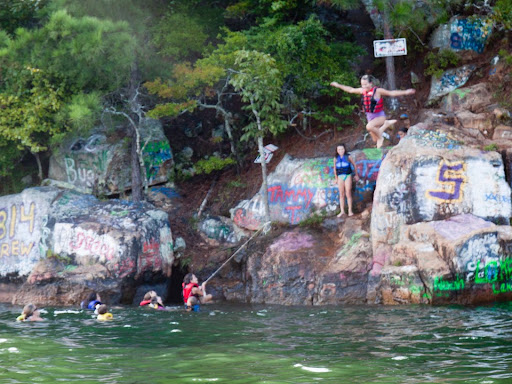 Then Olivia jumped off the "small rock" and that's as high as she'll ever go! 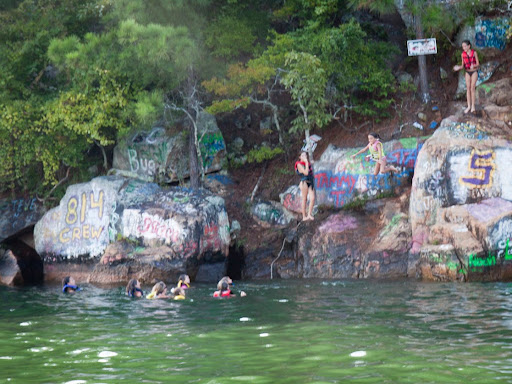 The other mom, Mrs. Liz, and I floated in the water with all 6 kids (less Rhodes) and watched the kids jump!  They loved it!  You had to pull yourself up with a rope and climb up the rocks!  I think the kids were pretty proud of themselves!

And I have a feeling Chimney Rock will be a regular stop for us now too...as long as there aren't too many boats floating around, I'm all for make memories jumping off (small) rocks at the lake.  That's what it's all about!  :-)


Like I said earlier, school starts WEDNESDAY!!!  Yikes!  So we're taking the week to get back on track!

I have to say, summer wasn't nearly as bad as I thought it was going to be.  But I think I got that "dread" in my head from listening to other people dreading the end of the school year.  I have to say, we had a blast!  And the part I was most anxious about at the beginning of summer - keeping my house up and going grocery shopping with 4 kids in tow - wasn't so bad.  I actually DID IT and didn't lose my mind.  Well, not all of it at least.

What was most comical were the constant comments I had about having them all with me out and about.  And the kids are catching on.  Today leaving the gym a lady yelled out to me, "Girl...you got FOUR!?"  I smiled and said yes.  And Landon said in a fed up tone, "They're always saying something about us!"

I think he was so baffled (why I don't know), that he said, "Well, congratulations!"