This week marks Rhodes' 6th week of life. Though it kinda seems like he's been around a lot longer. Weird huh. I guess it's that I'm finally "getting to know him". You spend a few weeks figuring out which positions they like, what signs they give before they throw up or pee during diaper changing - you know, the important stuff. 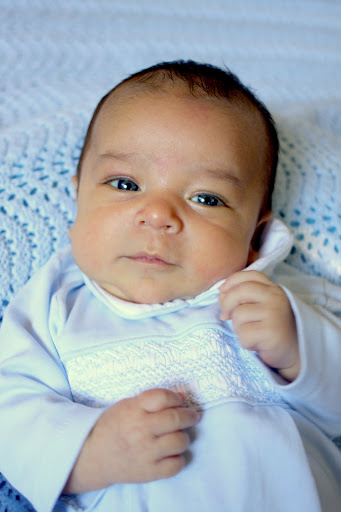 He's still a really great baby. All babies have their moments though - but this time around, I'm not afraid to lay him on my bed, shut the door, and let him cry it out for a while. As my friend said the other day, "It's not going to scar him for life!" haha 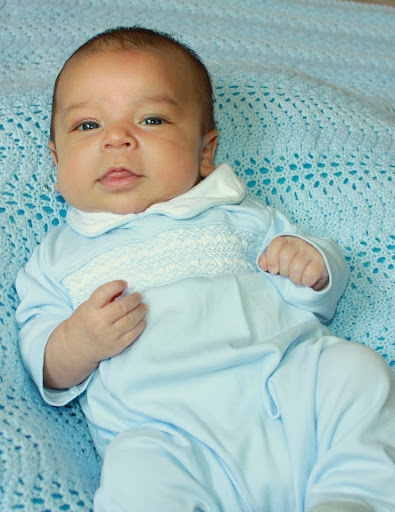 I don't know how much he weighs but if I had to guess I'd say in the 10 lb range. We go to the doctor next week - so I'll let you know. 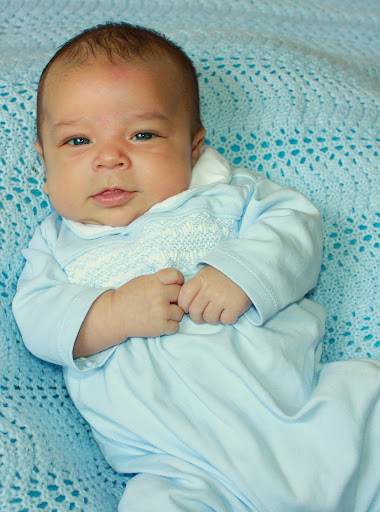 I still can't decide who he looks like. Most people are saying Lillian. I guess I just see how different each of my individual children look and therefore don't think he looks like anyone but Robert. I still think he's a miniature version - just with blue eyes. 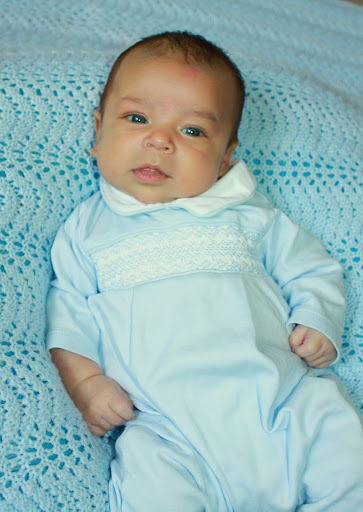 The other kids are doing great. Landon is still my biggest concern. We "moved" Landon out to school and brought the new baby home. I'm wondering if he's internalizing that more than we think.

Lillian is by far the cutest with him. She loves to "pet" him, and mimics all the baby talk that we do to him and she says it much funnier. She wrote on him the other day. And herself. They both had ball point pen on their foreheads. Sad thing is, I don't think he fussed when she did it! Tough baby. 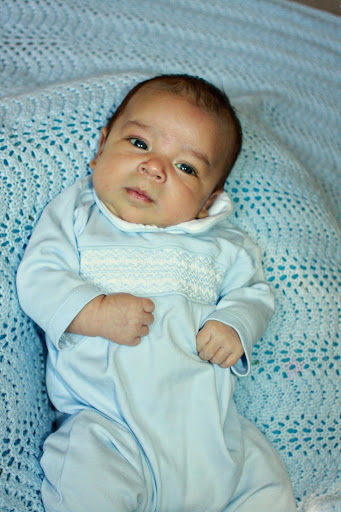 Nights are a hit or miss around here. Last night he did the best he's ever done. Last feeding being around 8:00 and didn't get back up until 2:30 to eat. Then started stirring again around 6:30. Though not every night is like that unfortunately. 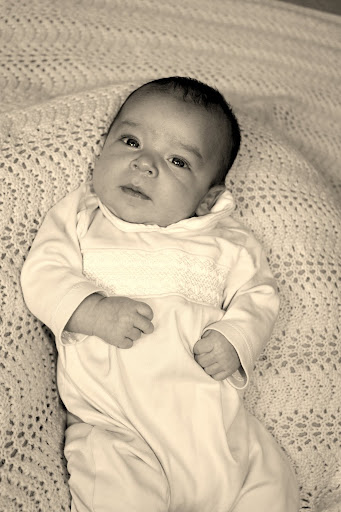 I've actually managed to go quite a few places with all 4 of them. It still makes me really nervous though and I'm not a fan of it but it's manageable right now - especially when Rhodes is in the sling. I stick to low key places like Target, the library, or the park. Unfortunately, at the park there isn't too much chatting as much as there is counting. :-) 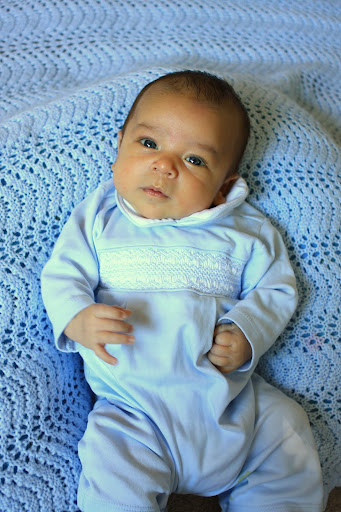 All in all, I'm enjoying the number of kids we have right now. Though I can't say for sure that we're completely done having kids, let's just say there won't be anymore for a while. My body needs a break!
Published by Ole Miss Mom

Email ThisBlogThis!Share to TwitterShare to FacebookShare to Pinterest
Labels: Rhodes