So today we had some flurries.  Here in Alabama we lose our heads and act like we don't know what to do about a few flurries! ;)

I had put Rhodes down for a nap before I went to get the kids from school and he just wouldn't settle.  I kept hearing him talk and he kept calling me (which I ignored for a while).  Then I finally went in the to see what was going on because it was almost time to head to carpool.

He was sitting there with boots in hand saying he was ready to go outside and see the snow.  Then I realized, "Poor baby!  This is his first time to really see and and remember snow!!"  There was too much excitement for him to fall asleep.  I told him to get up, put his boots on and grab a jacket and we would go outside for a minute to check it out.

He picked out the hat and gloves. :)

We headed out and instinctively he stuck his tongue out and and began to try and taste the snow! 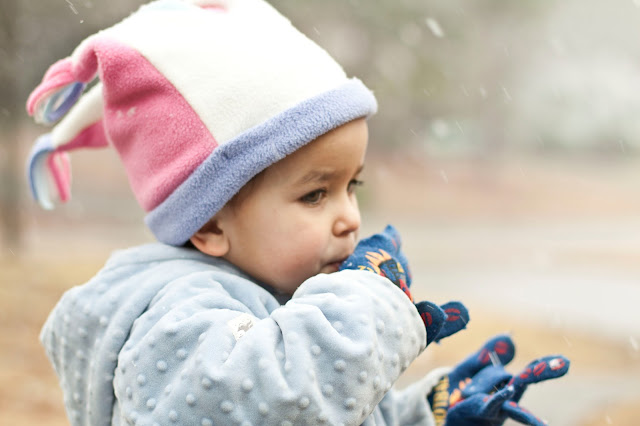 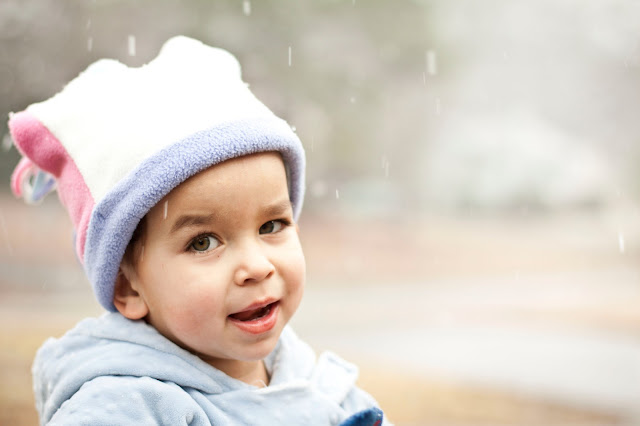 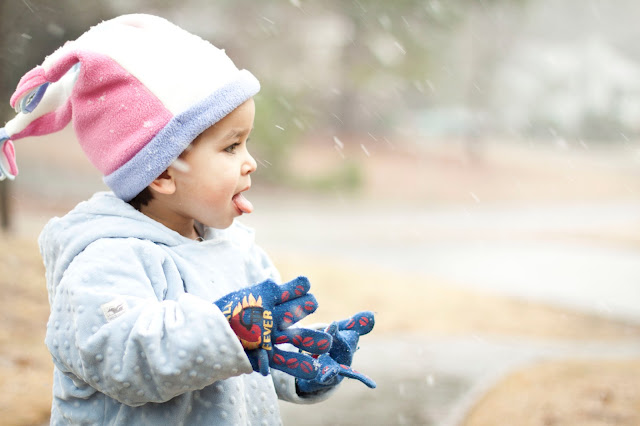 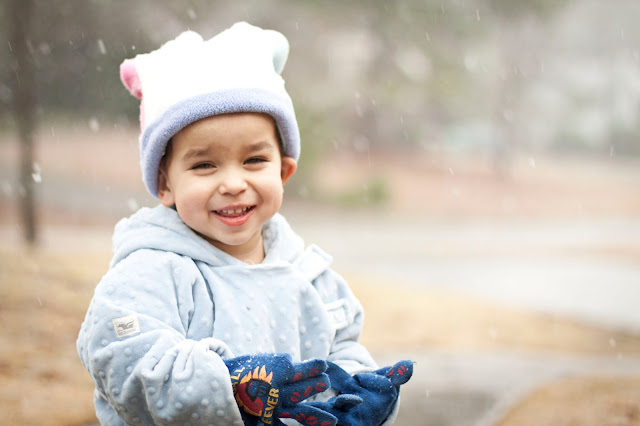 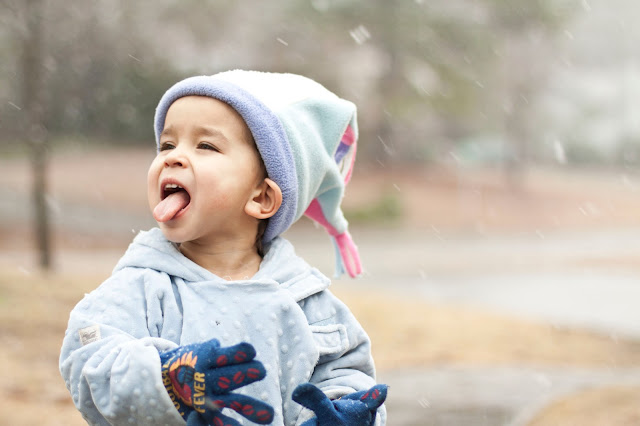 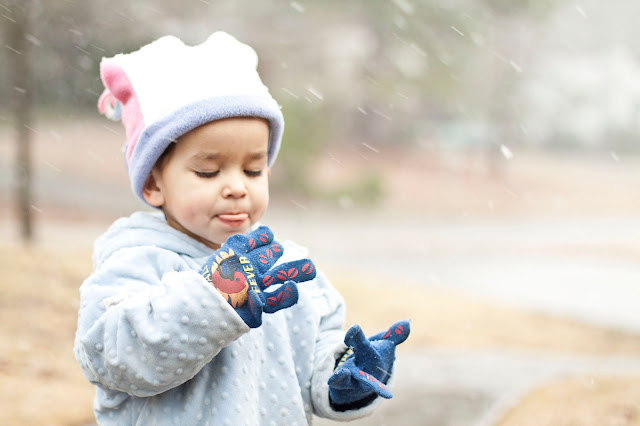 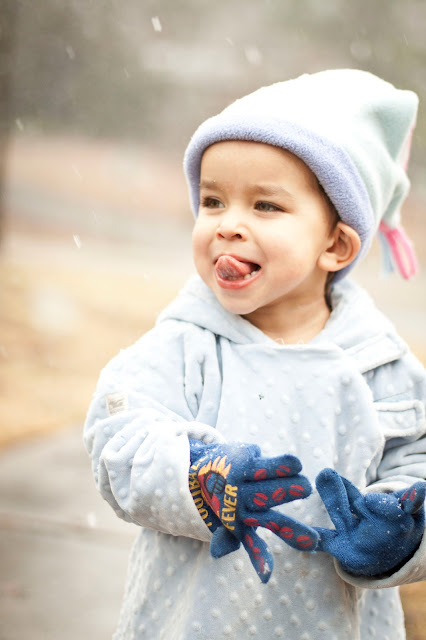 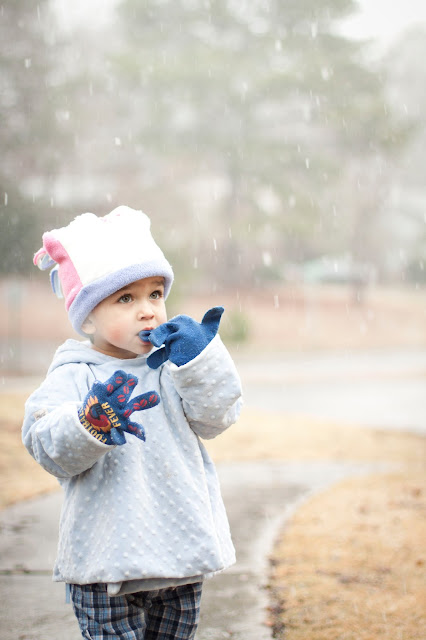 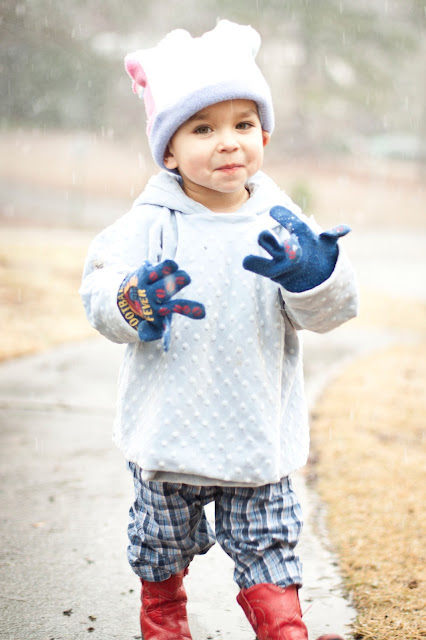 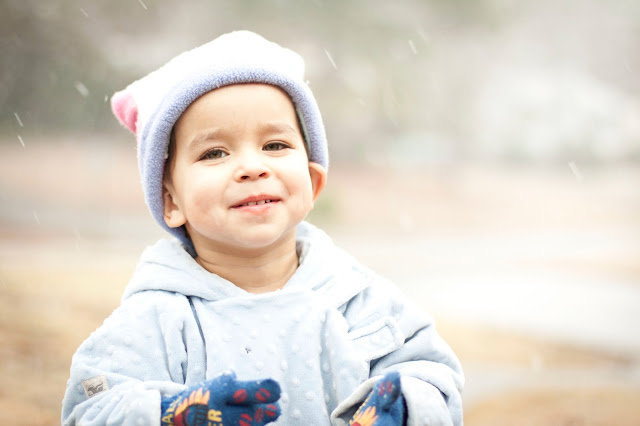 Then it was onto Landon's bike. :)

He just went to town!! 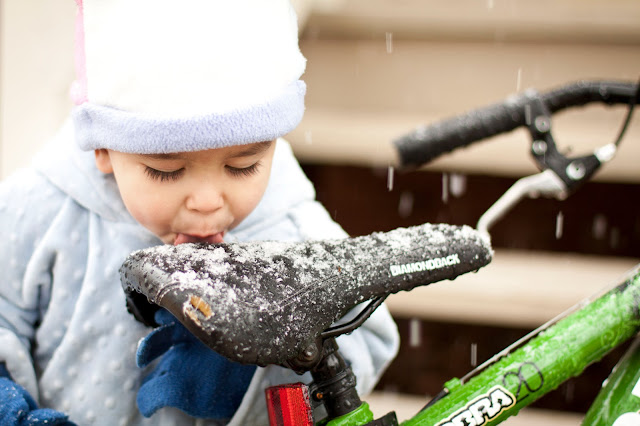 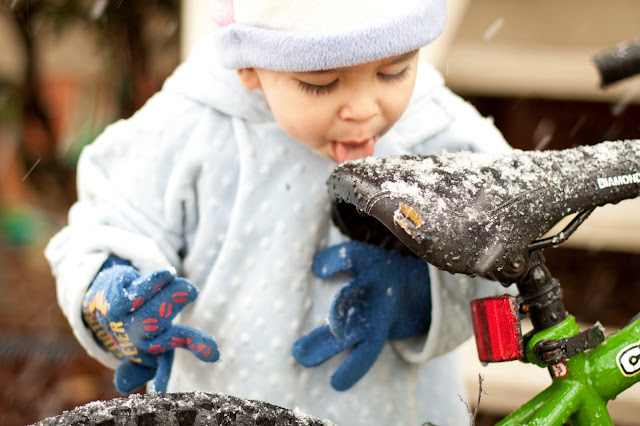 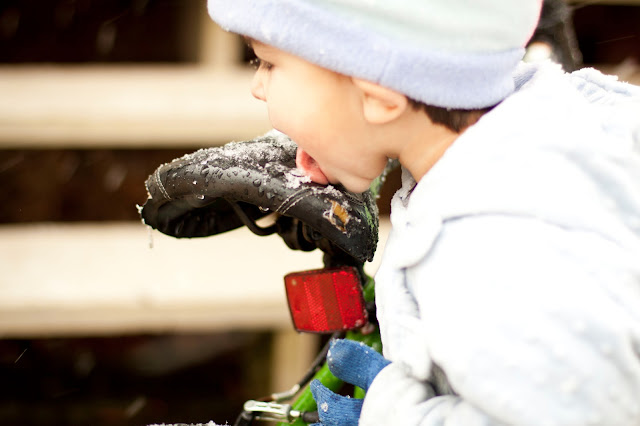 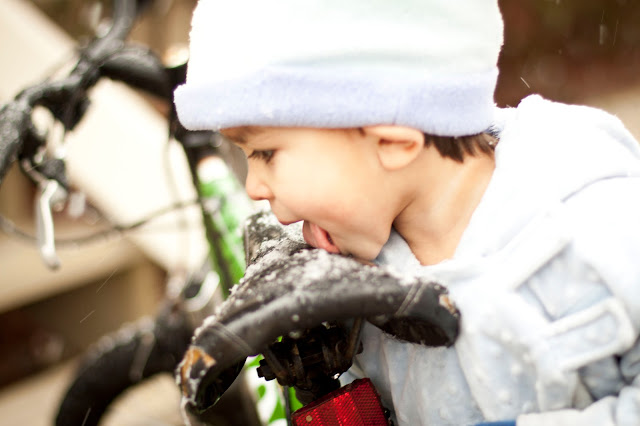 The rest of the week/weekend looks be to be sunny and in the upper 50s!  Crazy Alabama weather......